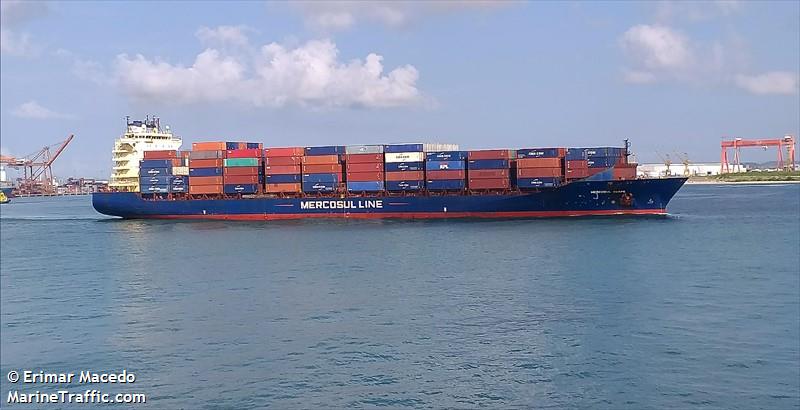 at the port of Santos yesterday.

The stevedores were part of 2,000 staff who had gone on strike at the Brazilian port that morning as pay negotiations with their employers had stalled. The seven men then stepped up their protest, boarding the light blue coloured ship, at which point federal police were called and the protesters arrested. Security at the port has since been heightened, authorities say.

There are two more days of strikes planned, which may affect operations at the port, located near Sao Paolo.

MarineTraffic data shows the Mercosul ship left Santos early this morning and is heading south to the port of Itajai.

Mercosul Line is owned by France’s CMA CGM, who acquired the company from Maersk in December last year. Maersk had to shed the company in order for its acquisition of Hamburg Sud to go through.