Mitsui OSK Lines (MOL), one of the largest shipowners in the world, is championing synthetic methane as a route to get towards zero emission vessels. The Japanese shipping giant has joined the Carbon Capture & Reuse (CCR) Study Group and launched the Cross-industrial Working Group Related to Zero Emission Alternative Ship Fuels.

“European countries, Japanese power and gas companies are paying increased attention to methanation fuel, a technology with the potential to realize zero emissions. MOL aims to introduce methanation fuel for ships and establish a supply chain by launching the working group, and will engage in study and promotion of the fuel in cooperation with other industries, other companies, and government agencies,” the company stated in a release today.

The news from Tokyo is significant as it marks the first signpost by a major shipping company on how they plan to move towards decarbonisation. Other big names such as compartiot Nippon Yusen Kaisha and Maersk have made similar, bold zero-emission statements without yet signalling what fuel path they will take in the coming years.

“It’s encouraging to see the trend of shipowners investigating the fuels that will help them start their decarbonisation journey and Mitsui OSK Lines is to be congratulated on its vision to lower its in-sector carbon emissions using synthetic natural gas,” said Chris Chatterton, COO at Methanol Institute, commenting on the initiative.

“In the longer term, we believe the combination of hydrogen fuel cells powered by renewable Methanol with a contribution from syngas and other renewables could power a significant portion of the global fleet,” he added.

Chatterton points out that MOL currently operates two vessels for Waterfront Shipping using methanol as fuel and had surpassed 10,000 hours of problem-free operation. 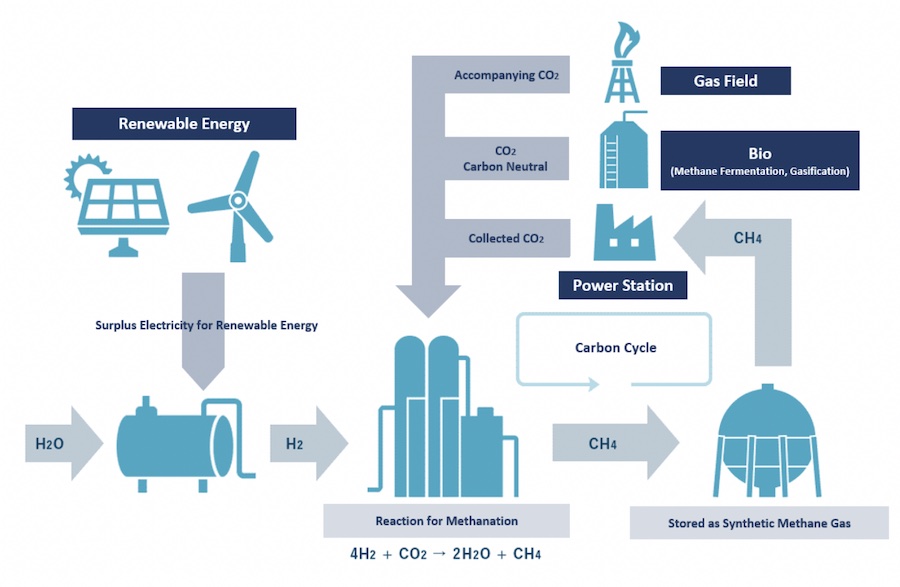