Singapore-based Unix Line, the primary shipmanagement arm of MOL Chemical Tankers, was fined $1.65m and placed on four years probation after pleading guilty last month in the US to a violation of the Act to Prevent Pollution from Ships.

Unix Line admitted that its crewmembers onboard the 26,200 dwt tanker Zao Galaxy 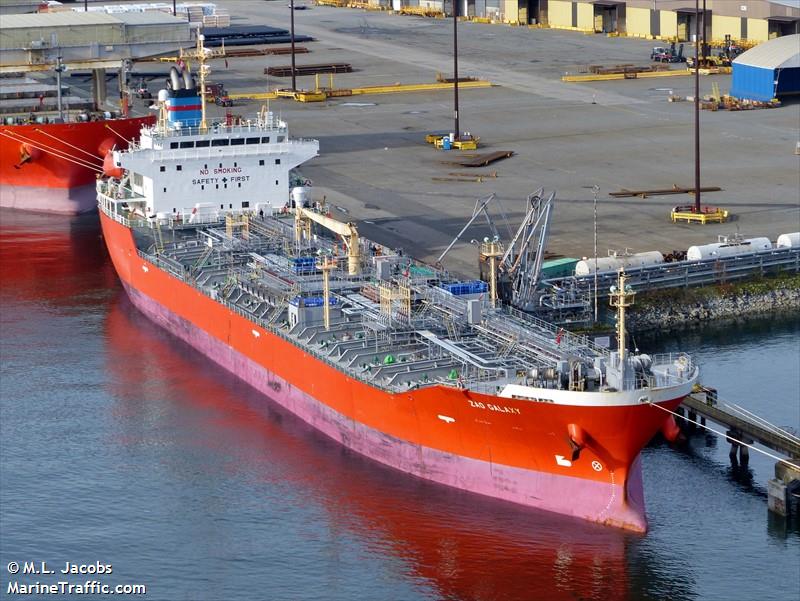 knowingly failed to record in the vessel’s oil record book the overboard discharge of oily bilge water without the use of required pollution-prevention equipment during the vessel’s voyage from the Philippines to Richmond, California.

In February 2019, the US Coast Guard discovered that during the voyage, a Unix Line-affiliated ship officer directed crew members to discharge oily bilge water overboard using a configuration of drums, flexible pipes, and flanges to bypass the vessel’s oil water separator.

“Deliberately concealing illegal discharges of oil waste into our oceans is a federal crime we will not tolerate,” said assistant attorney general Jeffrey Bossert Clark of the Justice Department’s Environment and Natural Resources Division. “This sentencing shows that polluting our oceans and misleading the Coast Guard will cost you.”

Unix Line was also ordered to implement a comprehensive Environmental Compliance Plan as a special condition of probation.