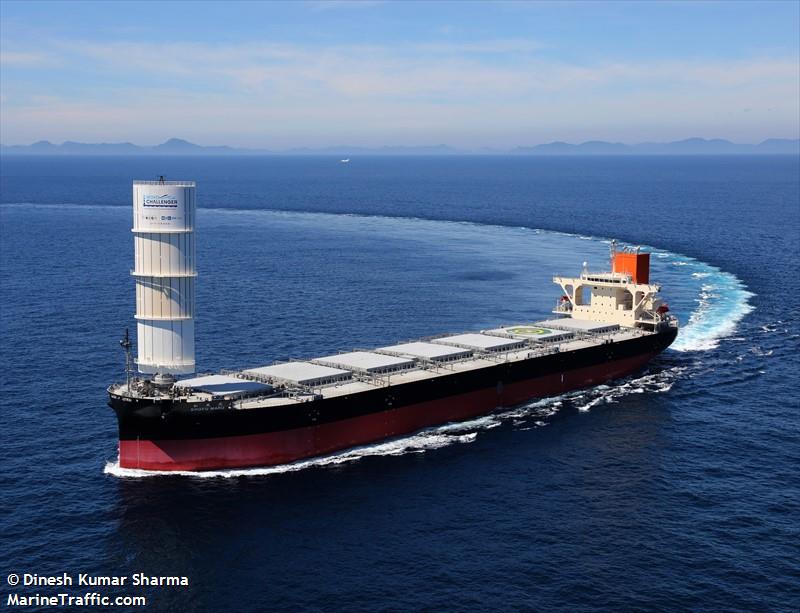 , is the first wind-assisted newbuild for the Japanese owner that sports a telescoping hard sail developed in-house in collaboration with compatriot shipbuilder Oshima under the Wind Challenger project.

The vessel will haul coal mainly from Australia, Indonesia, and North America as a dedicated vessel for Tohoku Electric Power Co.

The additional propulsion power from wind is expected to reduce greenhouse gas (GHG) emissions by about 5% on a Japan-Australia voyage and about 8% on a Japan-North America West Coast voyage, compared to a conventional vessel of the same type, and contribute to curbing GHG emissions during fuel transportation, MOL said in a statement.

The shipowner has another wind-assisted bulker set to enter service in 2024 to transport wood pellets for Enviva. In addition to its hard sail system, MOL is looking into adopting Anemoi Marine Technologies’ rotor sails on the vessel, which combined could slash GHG emissions by an average of 20%.