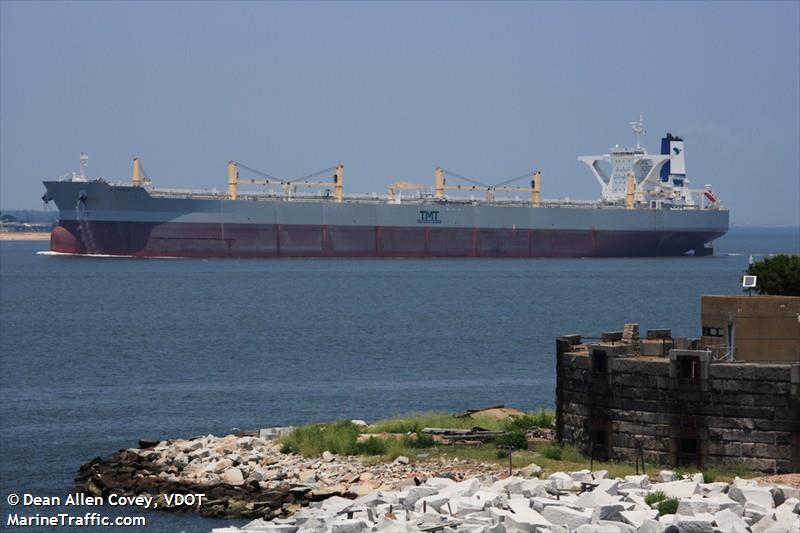 , is creating plenty of chatter among brokers. The ship, formerly called A Whale, has been reported sold for $50m with South Korea’s Polaris Shipping believed to be the buyer. The vessel comes with both a scrubber and ballast water treatment system already installed.

Distressed asset specialist Monarch bought the ship for $60m at auction in 2014 and has toyed with selling it on and off over the last four years.

The ship was originally one of a series of Very Large Ore Oilers (VLOOs) built for Nobu Su’s TMT who in 2010 converted it into the world’s biggest pollution skimmer following the Deepwater Horizon disaster. This experiment failed and the ship was converted to an above average sized VLCC.

Polaris Shipping is tipped as the taker of the ship. Polaris needs some tonnage replacements having recently agreed terms with GMS for up to 10 ageing VLOCs to hit the beaches over next six months.