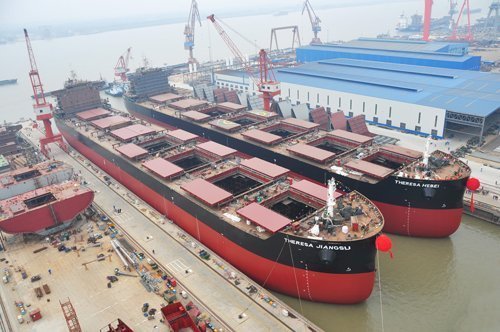 Shanghai: Following a series of financial and operating troubles, including the freezing of assets and vessel cancellations, Sainty Marine has announced that Nanjing People’s Court has overruled the company’s claim against Nanjing Ougang Metallic Material over a contract dispute.

Sainty Marine filed a lawsuit against Nanjing Ougang Metallic Material, asking for the return of pre-payment and compensation, over claims Nanjing Ougang didn’t supply products according to contract terms. However, the case has been dismissed by the court.

The company announced this week that it might not be able to fulfil some of the 32 newbuild contracts it has being built at Mingde Heavy Industry due to the ongoing restructuring of the yard.