As Monday’s Daily Splash newsletter readied to publish (free sign up via this link) the website of the world’s second largest containerline, Mediterranean Shipping Company (MSC), remains down, due to ‘Extended Maintenance’. The site, as well as booking platform MyMSC, have been down for nearly 85 hours, the longest outage for a top five carrier since Maersk was hit by the NotPetya malware attack in 2017.

MSC’s latest announcement on its IT troubles – issued just after midnight Geneva time – states that the network outage is confined to its Swiss headquarters.

“MSC operates different IT systems to separate Headquarters from the Agencies network to ensure that in case of an issue they cannot affect each other. In this case, the outage is limited to one of the company’s data centers in Geneva effecting solely some internal data processes, msc.com and MyMSC,” the company stated.

Whilst it has caused some of MSC’s digital tools to be temporarily unavailable, MSC’s global agencies network is not affected. All MSC departments, terminals and depots are serving customers as usual, the company claimed.

Customers can continue to place bookings at online booking platforms such as INTTRA while they wait for MyMSC to restart.

“Significant progress has already been made to solve the network outage in Geneva and MSC’s team of experts continue to work tirelessly until the outage is over,” the company stated after its IT department was forced to work marathon hours during the Easter weekend.

MSC said earlier it could have been hit by some form of malware but has declined to elaborate further on how this IT outage occurred.

“The priority under such circumstances is clearly to keep the business running, leveraging people instead of digital tools,” analysts at Sea-Intelligence noted in their most recent Sunday Spotlight report.

MSC’s response to its sudden network outage has drawn praise in some quarters. Writing on LinkedIn over the weekend Otto Schacht, executive vice president for sea logistics at Kuehne + Nagel, wrote: “What happens when systems are down in our industry? You need qualified people at both ends. MSC staff all over the world informed us yesterday within minutes what to do, CIO of MSC contacted me, our Kühne + Nagel seafreight experts came up with good solutions. The teams MSC has in place are working very hard to deliver a smooth operation.” 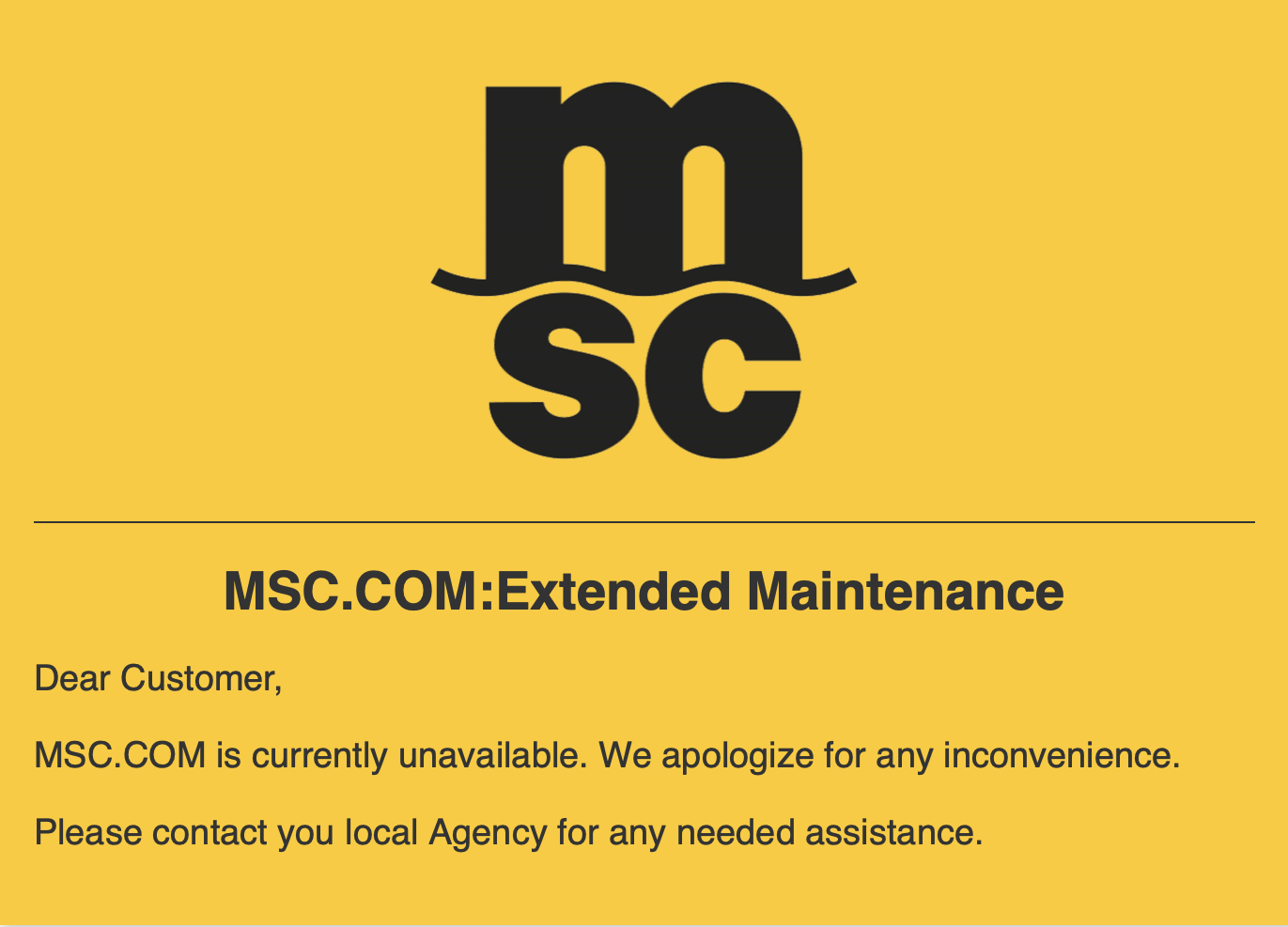