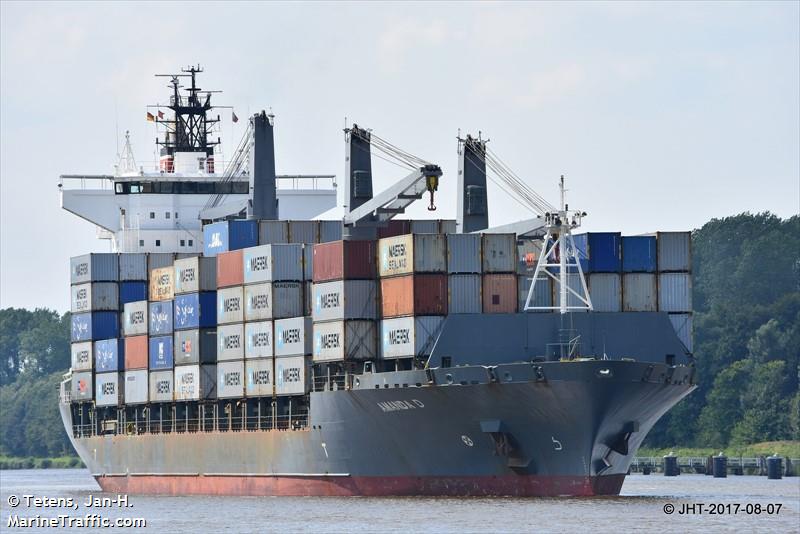 , acquired from Peter Dohle Schiffahrts for an undisclosed price. The vessel has been renamed MSC Panaya, and like many of MSC’s recent purchases it was previously on charter to the line.

Both Advanced Shipping & Trading and Clarksons have also reported that MSC has acquired the 2006-built 5,642 teu boxship Granville Bridge from Japan’s Doun Kisen. Again, the price was not disclosed. The vessel is a sister ship of the Grenville Bridge, recently reported as sold by the Japanese company to MSC for $14m.

Earlier in the month, Splash reported the purchase of six German boxships ranging in capacity from 7,849 to 8,500 teu for an en bloc price of $158m. MSC has also been named by brokers as the buyer of the 2005-built 4,800 teu boxship Baltic East from Sinokor Maritime for $12m and has also reportedly acquired the 2006-built 2,490 teu Bomar Hermes from Borealis Finance for an undisclosed price. It has also bought the 2,000-built 2,506 teu EM Athens from Euroseas, renaming it MSC Malena.

If all of the reported deals are confirmed, MSC’s owned fleet will sit at around 206 vessels.

A spokesman for MSC declined to comment on the broker reports, but added that: “MSC is currently focused on the largest container shipping fleet investment programme in the industry in terms of the ultra-large low-carbon-design newbuildings, which have been entering its service networks since 2019, helping to minimise energy demand and maximise efficiency.”

Analysts Sea-Intelligence suggested in a report last week that MSC might soon overtake Maersk as the world’s largest carrier.