Mediterranean Shipping Company’s announcement over the weekend that it is starting to use biofuel for ships calling at Rotterdam has been quickly overshadowed with a new report issued claiming the containerline has joined the list of the EU’s top 10 polluters.

After a number of trials, MSC stated on Saturday that it would start using biofuels with 30% blends for ships bunkering at Europe’s largest port, which it claimed would cut CO2 emissions for these vessels by 15 – 20%.

The biofuel news was quickly replaced by a new report from NGO Transport & Environment that placed MSC as the eighth worst polluter in the EU, two places higher than budget airline Ryanair.

According to Transport & Environment data, MSC, run by the Aponte family, was responsible for about 11m tonnes of CO2 emissions in 2018, something the NGO used in a release to push the European Commission to put international shipping emissions under the bloc’s emissions trading system. Only coal-fired power plants were above MSC in terms of CO2 output last year.

Faig Abbasov, shipping manager at T&E, said: “A company that consumers have never heard of has joined the top 10 polluters list in Europe. This industry doesn’t pay a cent for its carbon emissions and the EU has so far done nothing to curb its damage. European trade doesn’t have to be dirty just because EU leaders have neglected to clean up shipping.”

Under the new leadership of Ursula von der Leyen the European Commission is looking at adding shipping to its emissions trading system by as early as next March.

MSC, meanwhile, maintained that its investment plans were driving the company – the world’s second largest containership fleet – towards a greener future.

“MSC’s decision to use biofuel is complementary to the company’s broader strategic approach to sustainability. The company remains committed to implementing concrete plans to modernise its green and efficient fleet via the largest container shipping investment program in the industry,” MSC stated on Saturday. 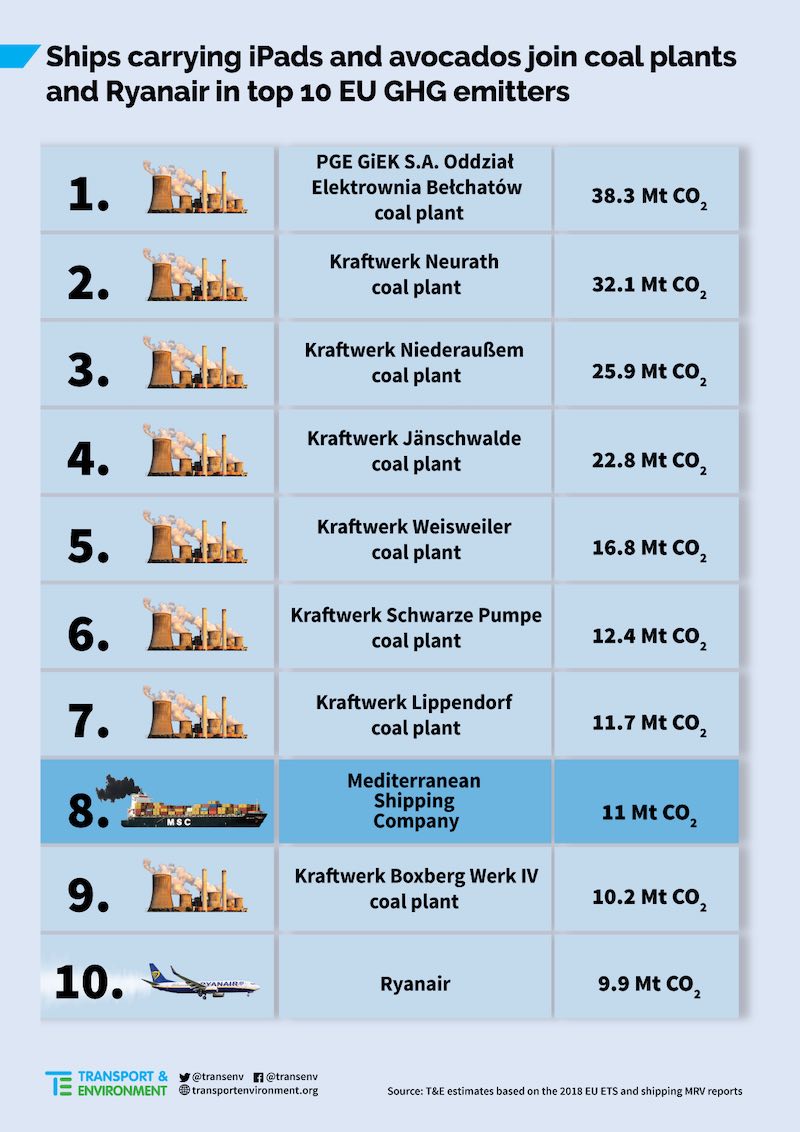