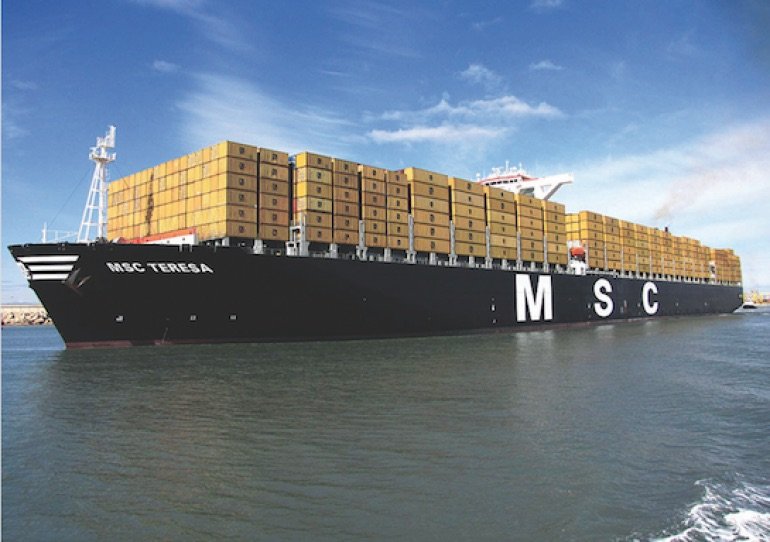 The ships are believed to be one row wider than the existing largest boxships with a length of 402 m and a breadth of 61.40 m. They feature a length of 24 container bays, a breadth of 24 deck rows, a height of 24 container tiers – 12 in the holds and up to 12 on deck, leading Alphaliner to christen this ship type the Megamax-24. The 11 ships – being built at Samsung Heavy Industries and Daewoo Shipbuilding & Marine Engineering – will go on the Asia-Europe tradelane when they deliver in two years’ time.

Alphaliner estimates MSC’s ships will be around 500 teu larger than the ships just ordered by rival CMA CGM. The French liner has opted for LNG-fuelled boxships to be built in Shanghai whereas MSC has opted for scrubbers. The gas-powered ships are likely to have a capacity of 22,852 teu.

“The 504 teu difference is a rough estimate and it is based on the assumption that half a hold – or one 40-ft bay – will have to be ‘sacrificed’ to create space for the larger LNG tanks,” Alphaliner suggested in its most recent weekly report.

A spokesperson for MSC declined to confirm the 23,356 teu capacity of these newbuilds when contacted by Splash today.