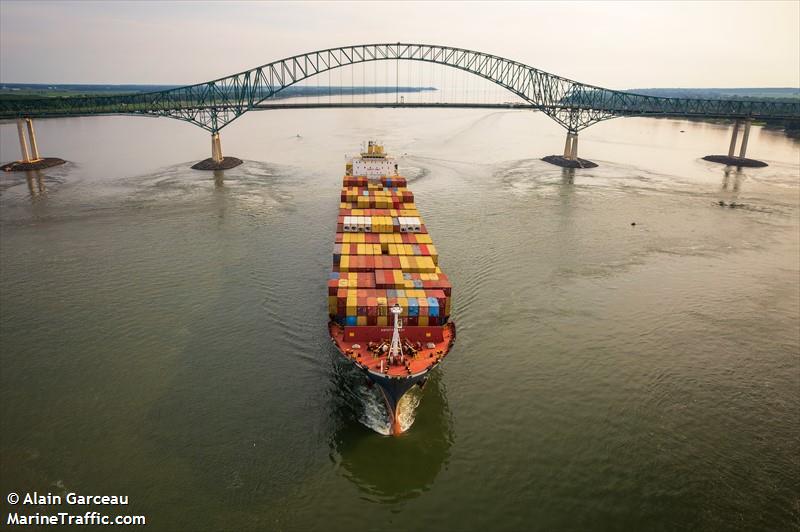 boxship, according to multiple broker reports. This sale comes alongside other recent purchases including the 4,250 teu Alabama, the 3,534 teu Songa Haydn, the 2,564 teu City of Hong Kong and the 2,492 teu Oregon Trader, taking the number of ships MSC has bought since August last year to 60, according to statistics from Alphaliner.

“The extraordinary expansion of MSC’s owned fleet in the past months is unprecedented in the history of container shipping, with no carriers having ever tapped the second-hand market on such a scale,” Alphaliner stated in its most recent weekly report.

The 60 ships bought have a combined capacity of 257,000 teu and have taken MSC’s fleet recently past the 4m slot mark. In terms of current fleet trading, MSC is now just 120,000 slots behind 2M partner Maersk at the top of the liner rankings. When its orderbook is included, MSC is well on track to overhaul the Danish carrier soon, marking the first time in more than quarter of a century that Maersk will no longer be the world’s largest containerline.

On MSC’s strategy to buy rather than charter ships, Alphaliner observed: “Although the value of second-hand assets has surged, the economics of buying rather than chartering ships still appear to make sense in the face of the continuously rising charter rates and the multi-year commitments that NOOs impose on charterers to fix their ships.”