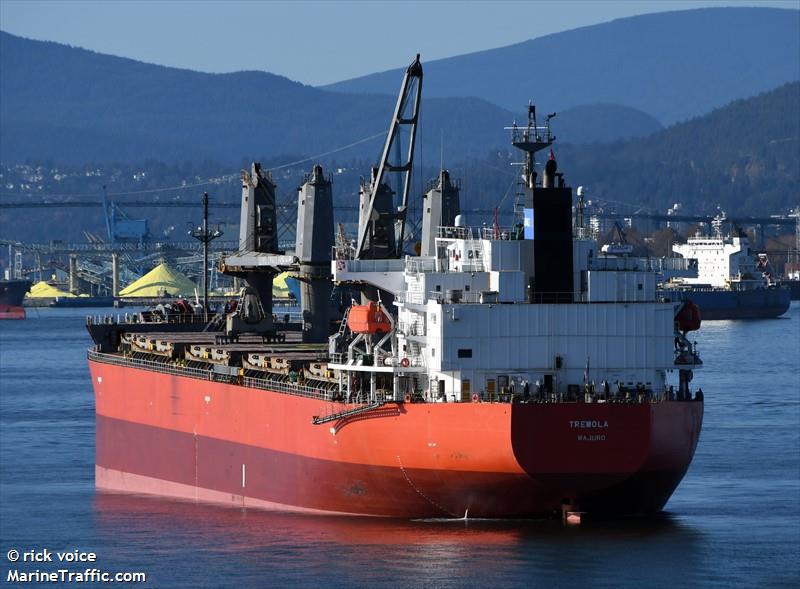 Sources tell Splash that the ship that is now remamed Tremola and has ended up with Danish bulker outfit Navision Group.

The vessel in is a good fit for the bulk player who is focusing mostly on ships in this size down to the handysize segment.

It has been two years since Navision, who mostly operate chartered tonnage, exited shipowning with an asset play of a Japanese-built supramax.