French LNG containment specialist GTT, along with French containerline CMA CGM (and its subsidiary CMA Ships) and classification society DNV GL have released a technical and feasibility study for a new mega boxship dubbed the Piston Engine Room Free Efficient Containership (PERFECt), which could get rid of engine rooms all together. The concept vessel is LNG-fuelled, powered by a combined gas and steam turbine, and is electrically driven.

“Exploring this novel configuration resulted in the partners identifying and analyzing a propulsion concept that has the potential to offer a more efficient, more flexible and greener box ship design than current 20,000 teu two-stroke diesel engine driven ultra large container vessels,” the grouping said in a joint release.

“The shipping community has realised that LNG enables the implementation of new propulsion concepts such as demonstrated by the PERFECt design that can increase a vessel’s efficiency, reduce fuel consumption and therefore offer a commercially interesting solution,” said Remi Eriksen, group president and ceo of DNV GL.

“The impulse behind this study was our interest in seeing how a modern ultra large containership design could benefit from utilizing COGAS, which is a system for combined gas and steam turbine power generation,” added Gerd Würsig, business director for LNG-fuelled ships at DNV GL Maritime. “A modern, land-based combined cycle LNG-fuelled power plant will reach fuel-to-power efficiency ratios of up to 60%, which is higher than conventional diesel engines, which can achieve up to 52%. In addition, the power density by volume and weight is much higher for a COGAS system.”

“This concept rethinks the ship’s design. The COGAS system with electrical propulsion gives us a great deal of freedom in the general arrangement and in tailoring the installed power to the actual operational requirements,” said Jean-Baptiste Boutillier, technology and information director at CMA Ships. “The lower footprint of the machinery system and increased flexibility of the electric propulsion system means we can increase the capacity of the vessel, despite LNG tanks requiring more space than traditional fuel oil tanks, thereby generating greater revenues and reducing the payback time for the additional capex required.”

The two 10,960 cu m LNG fuel tanks are located below the deck house, giving the vessel enough fuel capacity for an Asia/Europe round trip. With the gas and steam turbines integrated at deck level within the same deck house as the tanks, the space normally occupied by the conventional engine room can be used to increase cargo capacity significantly.

The dissociation of electric power generation from electric propulsion allows the electric power plant to be moved away from the main propulsion system, giving a great deal of flexibility. In fact an engine room is not needed any more. The three electric main motors, which are arranged on one common shaft, can be run fully independently of each other providing increased redundancy and reliability and a high level of safety. 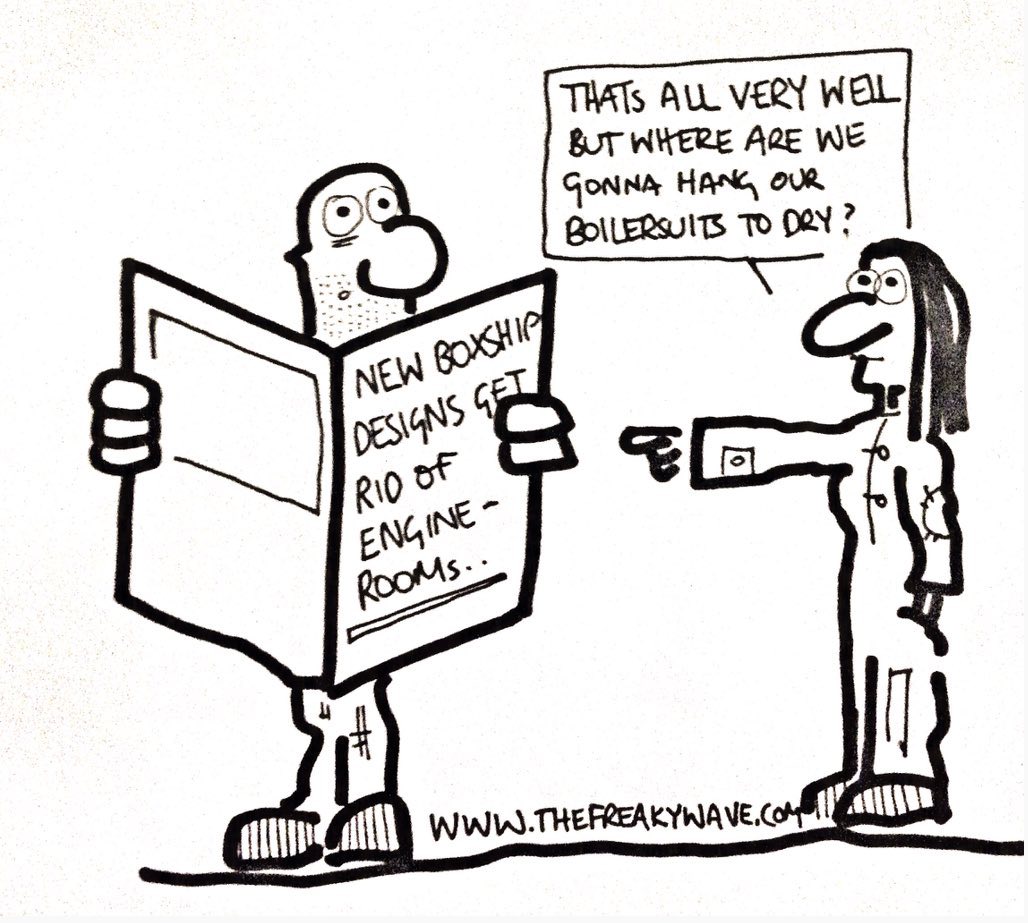