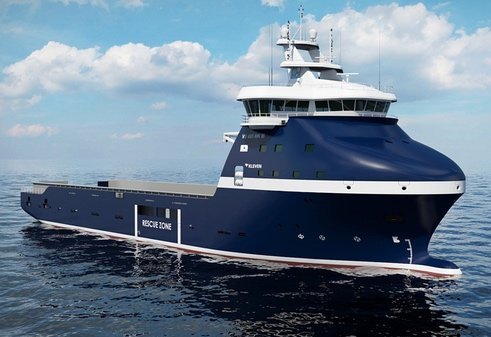 “Going forward there will primarily be three categories of owners: the ones with some reduced debt, but with still overwhelming financial burdens; those which have been through Chapter 11 or other debt restructuring; and a category of new entry owners who have picked up their vessels at bargain prices and paid for them in cash,” Widing predicted.

The Fearnley executive went on to write that the OSV sector was still sullied by too much debt and too many ships, despite 150 OSVs being sent for scrap in 2018. Widing was disappointed to see some orders from the likes of COSL and Seatinel Marine filtering in over the past month or so.

Elsewhere in the report it was noted there was a clear bifurcation of vessel preference that emerged last year where more than 90% of supply vessels that were fixed on long-term charters were less than 15 years old.

Eidesvik scores a new contract and an extension from Aker BP