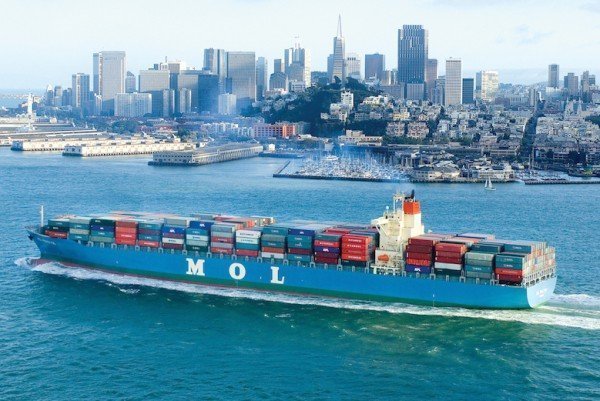 A new consortium of container shipping lines could soon be formed by members of the CKYHE, G6 and Ocean Three consortia that were excluded from the recently announced Ocean Alliance, according to analysis by Alphaliner.

The eight-member alliance could comprise Hapag-Lloyd, Hyundai Merchant Marine, MOL, NYK, K Line, Yang Ming and UASC in cooperation with Hamburg Sud, and would represent a “serious counterweight” to the existing 2M and Ocean Alliance on container routes from the Far East heading west, the research firm said. The eight lines are believed to be in discussions but have not commented publically on their progress.

The “third force” alliance, as Alphaliner called it, would help the lines more evenly distribute ultra-large container vessels (ULCVs) on trade routes and absorb new tonnage soon to be delivered. UASC already has six 19,000-teu ULCVs in its fleet and MOL has six 20,000-teu ships set for delivery in 2017. Yang Ming, K Line and NYK are awaiting delivery of a combined 40 vessels of around 14,000 teu and over.

All eight of the carriers were excluded from the Ocean Alliance, which was formed last month by CMA CGM, COSCO Container Lines, Evergreen Line and Orient Overseas Container Line to share container vessels on major routes worldwide from around April 2017.