A damning report published this week from the International Council on Clean Transportation (ICCT) argues that ships fuelled by liquefied natural gas (LNG) do not deliver the emissions reductions required by the International Maritime Organization’s initial greenhouse gas (GHG) strategy, and that using LNG could actually worsen shipping’s climate impacts.

“Continuing to invest in LNG infrastructure on ships and on shore might make it harder to transition to low-carbon and zero-carbon fuels in the future,” the report stated.

The ICCT report highlights the unintentional releases of methane from ship engines, known as methane slip. The authors found that using LNG could actually worsen the shipping industry’s climate impacts compared to MGO when considering the amount of heat these emissions will trap over a 20-year period.

Methane emissions are particularly problematic because methane traps 86 times more heat than the same amount of carbon over a 20-year period.

Of the hundreds of LNG-fuelled ships in operation or on order, the most popular engine type, by far, is also the worst offender with the highest rate of methane slip, according to data from the ICCT (see chart below).

“This groundbreaking new analysis is a damning climate indictment of LNG as marine fuel. For a sector that is already one of the largest contributors of global greenhouse gas emissions, this report reveals that switching ships to LNG is worse than doing nothing. This should serve as an alarming wake-up call for the International Maritime Organization, which must act now to ensure it includes all greenhouse gas emissions in its emissions reduction strategy,” said Kendra Ulrich, senior shipping campaigner at Stand.earth.

“If we fail to include all GHGs and focus only on CO2, we might end up with a large number of ships fulfilling all efficiency requirements, but where the GHG savings are on paper only,” she said.

Lobby group SEA\LNG remains convinced that the chilled gas has a strong future as a “pathway” to get shipping towards zero-emissions.

The debate about LNG’s actual overall environmental footprint have been raging for a number of years.

In a widely read contribution on this site from 2018, Dr Tristan Smith from UCL Energy Institute wrote that methane is a potent greenhouse gas, and only a very small amount needs to escape to cancel out the combustion CO2 benefits from LNG as a ship fuel.

“LNG’s flaws are more fundamental – it is a fossil fuel that just like oil produces about three tonnes of CO2 for every tonne of fuel consumed. This makes it an ‘impasse’ in a world committed to decarbonise,” Smith argued. 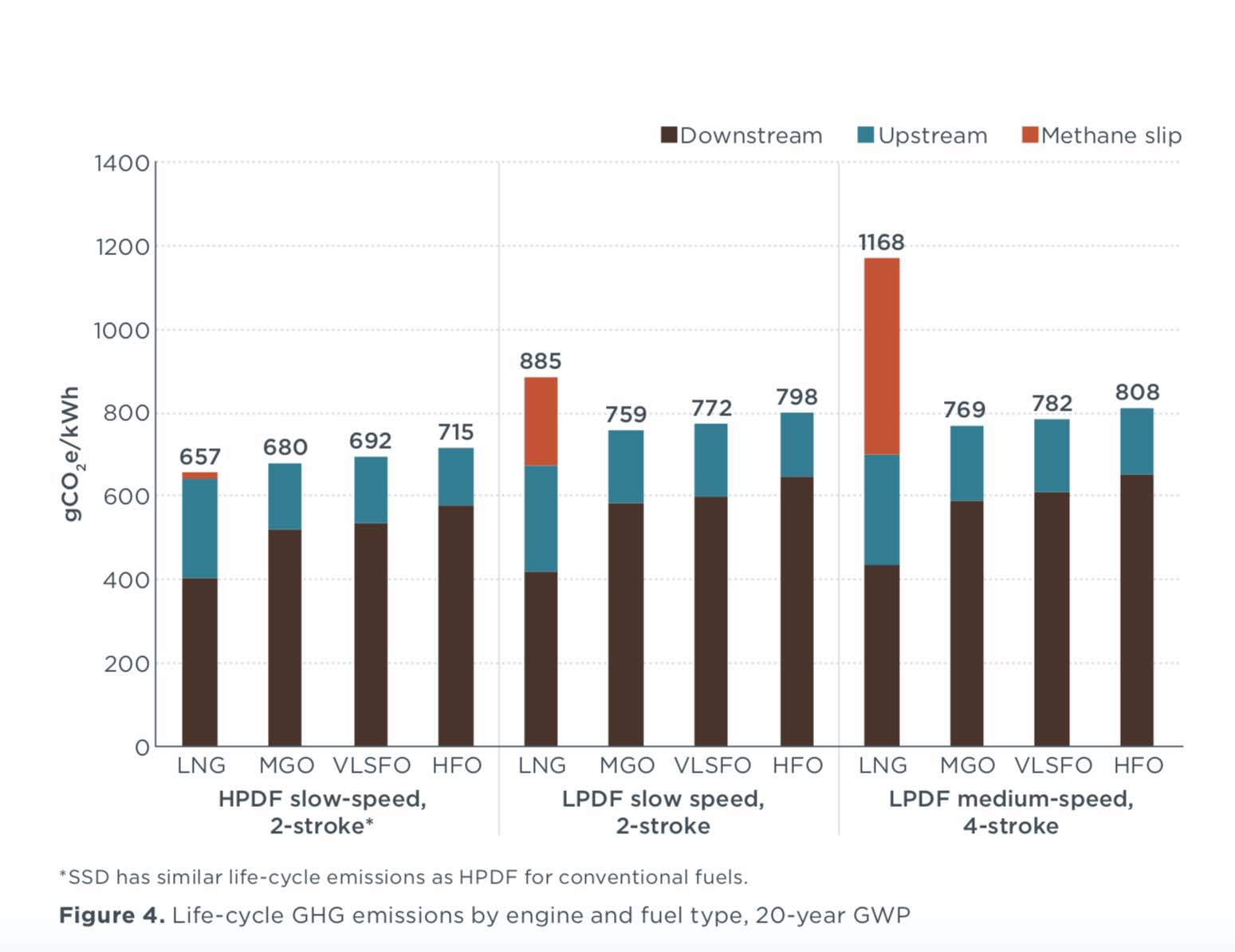