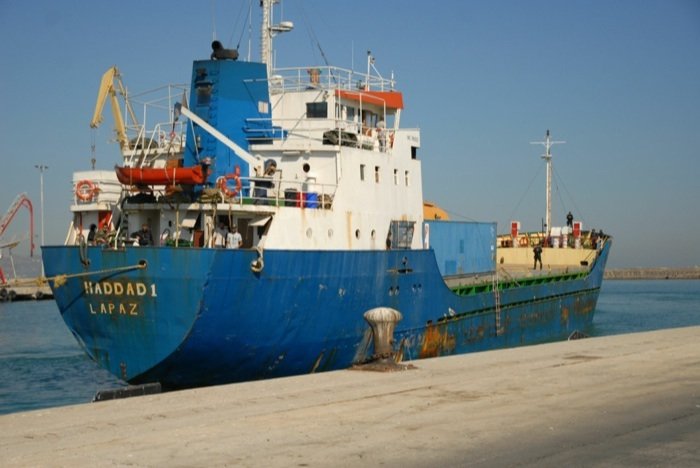 Authorities in Crete have completed their inspection of the 12 containers remaining onboard the suspicious general cargo vessel arrested this week and found no further weaponry.

Seven members of the crew, which includes nationals from Syria, Egypt and India, have been brought before the competent public prosecutor in Heraklion.

Over 5,000 “police-type” firearms and more than 490,000 rounds of ammunition were found yesterday in two containers onboard general cargo vessel, and are believed to have been bound for Islamic State forces in Libya.

The two containers were loaded at the ship’s last port of call, İskenderun port in Turkey.

The Bolivia-flagged singledecker general cargo vessel Haddad 1 (1,400 dwt, built 1976; pictured below) was arrested on Tuesday while en route to Misrata, Libya.The ship is now anchored at the port of Heraklion in Crete.

The final count of weaponry onboard the vessel stands at 4,881 weapons and 491,950 bullets, the Greek Coastguard said today.

The weapons and ammunition were “carefully hidden” deep inside the containers behind other cargo such as drawers, cupboards and gymnastics mats, the agency said.


Additionally, a large quantity of cigarettes were found in seven other containers. The Coastguard is still trying to verify their legality.

Haddad 1 is commercially managed by Piraeus-based IMS Hellenic, according to Equasis. Its registered owner is Haddad Shipping Co. 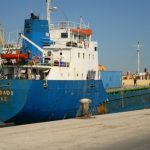 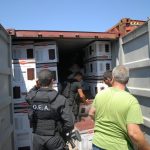 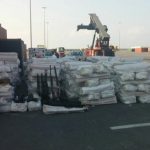 Some of the firearms found inside containers. 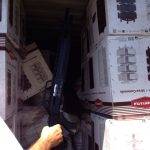