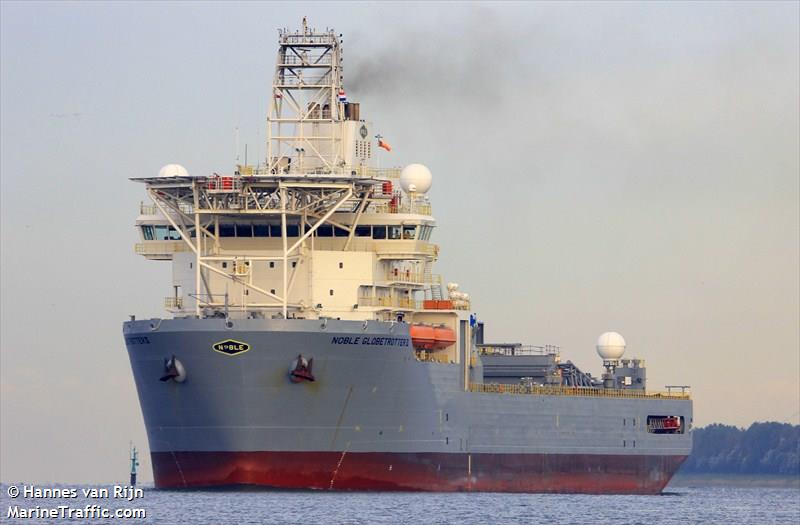 was damaged during Hurricane Ida and has, as a result, provided a force majeure notice to its client Shell.

The company said it was in frequent communication with the drillship’s crew and, apart from a small number of minor injuries, no other incidents were reported. However, an initial survey has found significant damage to the 2012-built ship.

According to Noble, several riser joints and the lower marine riser package separated from the rig during the storm and sank to the seabed, and efforts are underway to locate and recover that equipment. Additionally, one of the ship’s cofferdams in the moonpool area sustained damage during the weather event, but the company believes it does not compromise the stability or structural integrity of the rig nor the safety of personnel onboard.

The drillship managed to successfully secure the well and detach from the blowout preventer in place on the well as part of its departure procedures. The US Coast Guard, which first responded to reports that the drillship had sustained damage, said the company is developing a plan to bring the vessel into port for repairs, which indicates it will not be getting back to work shortly.

“Noble provided a force majeure notice to its customer in accordance with the governing drilling services contract. The contract does not contain a right of termination for force majeure,” the company said in a statement. Noble has insurance coverage for property damage with a $10m deductible.

The company is working to facilitate additional transport for some crew members to shore, as may be needed, as well as replacement personnel to support marine operations. The living quarters of the vessel continue to operate normally and the vessel’s helideck is fully operational.