One of the last vestiges of the shipping empire built by Taiwanese tycoon Nobu Su has been put up for sale. The F Whale 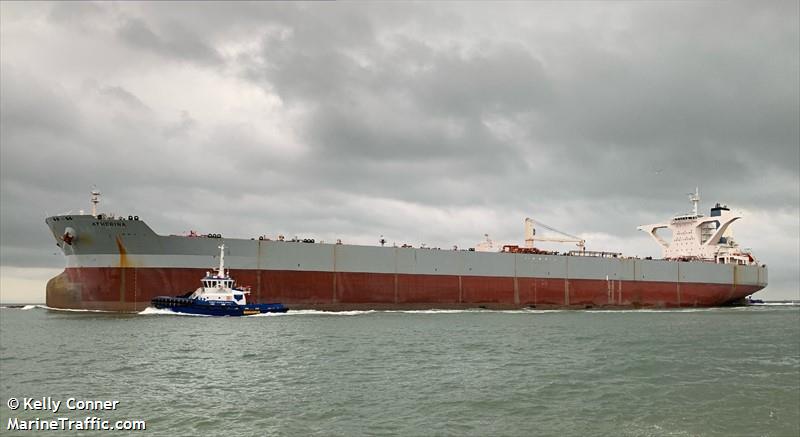 The geared vessel is currently laid-up next to the quay at HHI’s shipyard in Ulsan but under the custody of the Ulsan District Court.

An auction is expected to be held around early or mid-June this year.

Su had been trying to find business for the ship in recent months but failed to seal any charters.

Due to Su’s default situation with HHI, the F Whale was arrested on February 1.

In the past, Greece’s Olympic Shipping has taken a number of Su’s unique geared VLOOs, taking the cranes off to trade them as tankers.

Su’s downfall, which he links to the global financial crisis of 2008, is set to be a movie documentary due to premier at a film festival in London on April 20.