Norden has launched what it calls a 100% carbon neutral biofuel sailing option for customers. The Danish owner and operator said the biofuel sailing is the first in a range of green freight products to be rolled out this year as part of the company’s transition to zero-carbon shipping by 2050.

The company has secured a supply of biofuel made from waste cooking oil and is said to be in discussion with several customers over the first carbon-neutral freight deal. “We believe there is a growing demand for carbon-neutral transportation from our customers – particularly those with ambitious sustainability goals,” said Adam Nielsen, head of the logistics and climate solutions division.

Norden said it opted for biofuel over other eco fuels because it can be used onboard existing vessels without any modifications to the current engine design. The goal is to scale up the biofuel offering as global production becomes more advanced and biofuels can be developed from new alternative sources, the company added.

“We see biofuel as a very important transition fuel on our journey to zero-carbon shipping as it can be used on board our current vessels to make an immediate reduction on carbon emissions,” asserted Henrik Røjel, head of decarbonisation at Norden.

In related news, Japanese containerline Ocean Network Express (ONE) has provided details of its latest trial of marine biofuel onboard the 4,538 teu NYK Fuji 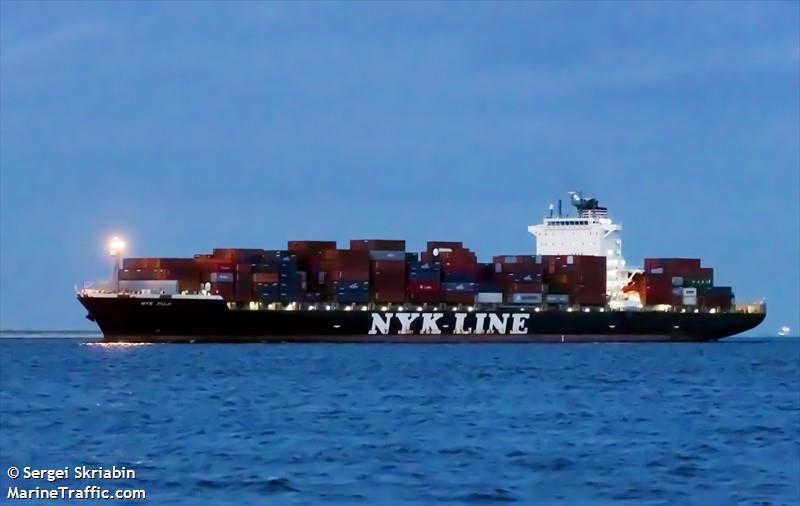 . The 2011-built ship was refuelled with 1,300 metric tonnes of marine biofuel product during bunkering at Port of Singapore that was consumed in 45 days while deployed on ONE’s SAS service. The trial started on February 21, after the vessel passed the Malacca Straits, sailing onwards to the ports of Durban and Cape Town, before returning to Southeast Asia.

The biofuel product used was a blend of brown grease methyl ester (BGME), a type of fatty acid methyl ester (FAME), with very low sulphur fuel oil (VLSFO). “The trial required no modifications to marine engines or fuel infrastructure and showed that marine biofuel product can be considered a ‘drop in fuel’ that can help to reduce emissions in shipping,” ONE said.