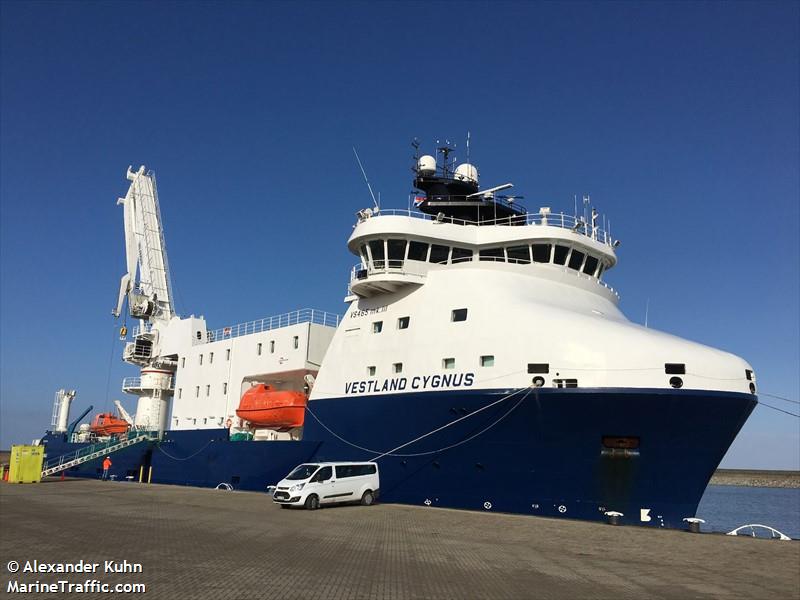 The 18-month firm deal will see the vessel utilised for walk-to-work and accommodation services at the Triton field offshore the UK, with commencement set for no later than mid-May 2022. Dana also holds a one-year option on the contract.

The Vestland Cygnus was originally designed as a PSV based on the VS 485 Mk II, but it was later converted to include additional accommodation and a gangway. The vessel is currently performing walk-to-walk services for TotalEnergies offshore Denmark until April 2022.

Vestland is responsible for the ship’s operation, and Seabrokers acted as the broker for this fixture.