The world’s first long term, full-scale testing of ammonia as a fuel in a marine four-stroke combustion engine will commence early next year thanks to $2.05m funding from the Norwegian Research Council.

“This is a great example that illustrates the importance of dedicated petroleum R&D,” said Tina Bru, Norway’s minister of petroleum and energy.

“Know-how from this project will also provide important input to the development of regulations for the use of ammonia and other low-carbon fuels.”

The project will commence in the Sustainable Energy Catapult Centre’s testing facilities at Stord, Norway during the first quarter of 2021. The centre is part of the Norwegian Catapult programme that facilitates a national infrastructure for innovation.

“We are really excited to further develop and understand the combustion properties of ammonia as a carbon free fuel in one of our multi-fuel engines”, said Egil Hystad, general manager at Wärtsilä Marine Business.

An ammonia driven fuel cell will be tested on the Eidesvik Offshore supply vessel, Viking Energy 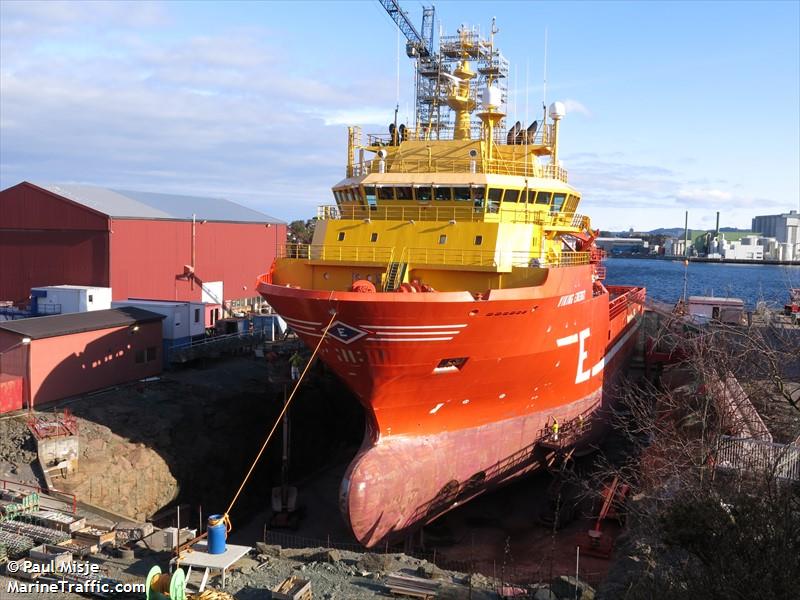 “The Norwegian culture for collaboration and knowledge sharing across different companies and sectors, is a great support in closing big technology gaps. The assistance, cooperation and funding from governmental institutions are essential to drive the change towards a carbon free future,” Hystad said today.

A 33-page report from class society Korean Register (KR) earlier this year highlighted the advantages of ammonia as a ship fuel.

A big plus with ammonia, according to the KR report, is in pricing. The total energy cost when including the production and transport of ammonia alongside two other fuels being touted as shipping’s fuel of the future makes for interesting reading in the KR report.

Wärtsilä’s rival, MAN Energy Solutions has said there are more than 3,000 existing MAN B&W engines, which can be modified into ammonia fuel engines.

“Ammonia is expected to have low production, storage, and transport costs compared to other carbon-neutral fuels, and the stable fuel supply is possible as the large-capacity ammonia synthesis technologies are already mature. It can be regarded as the carbon-neutral fuel for ships with the growth potential since it is expected to be at the allowable level technically and commercially from the storage temperature, energy density, and shipbuilding cost perspective,” KR stated.

In October last year, Maersk, the world’s largest containerline, identified three fuels to focus on, namely alcohol, biogas and ammonia as it transitions towards complete decarbonisation by 2050.

Class society ABS published an influential 103-page new fuels guide in April in which it predicted the use of ammonia as a fuel will grow dramatically (see chart below) due to its zero-carbon content, easier distribution, storage and bunkering compared to hydrogen, and its suitability with existing and emerging technologies for propulsion and power generation.