Salvors and the local coast guard battled high winds and stormy conditions for most of yesterday, eventually averting disaster by securing a tow line to the Eemslift Hendrika 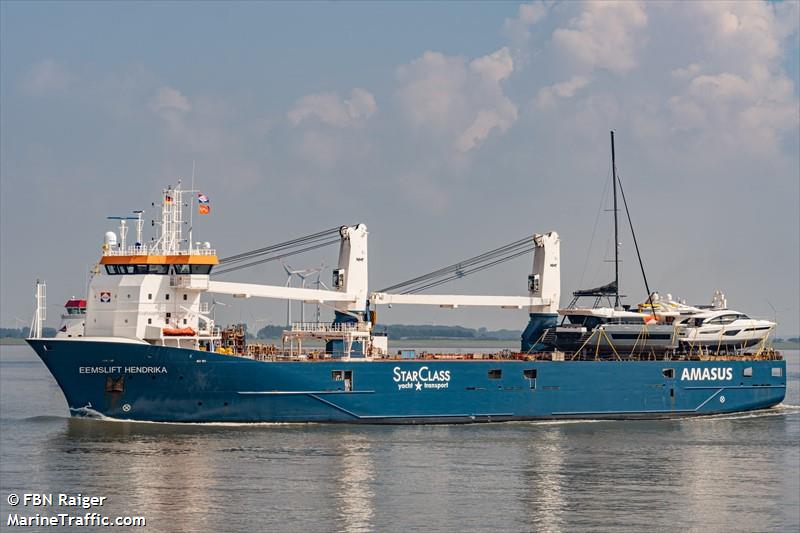 , a Dutch general cargo ship that was listing and adrift after some of the boats it was transporting shifted on Monday, forcing all crew to evacuate.

“During the evening, there was a successful operation to put crew from the Dutch salvage company Smit Salvage, plus a rescuer on board the Eemslift Hendrika. They managed to connect the vessel to two tugboats — both at the bow and stern of the ship,” the Norwegian Coastal Administration said in a statement on its website.