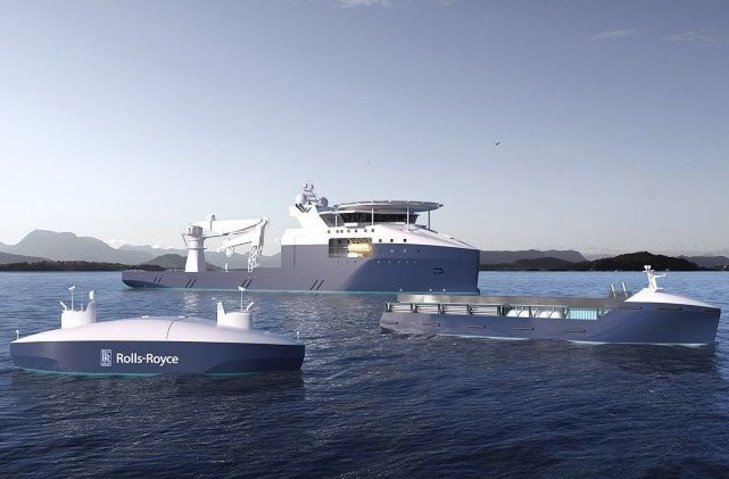 A common theme seems to have emerged within the thinking of the maritime sector as they deal with a number of changes that confront the sector.

Whilst attending and presenting on the impact of the China Belt Road initiative (BRI) in the Asian region at a number of forums in Hong Kong, it was common to hear ‘not in my lifetime’. This was typical when senior leadership figures were challenged on issues such as carbon emissions, automation or rail as a transport disruptor.

Perhaps this reflects that the sector leadership needs renewal as these challenges cannot be simply kicked down the street for future generations.

Taking a look at threats that the sector face, it is plausible to argue that shipping needs to start planning for a different future. This is not simply just another cyclical downturn that will return to normal business in the next couple of years. These threats are structurally changing the nature of the business, and a number of these are underpinned by the BRI that will have consequences, intended or otherwise. I would argue that there are five major initiatives under the banner of the BRI that the maritime sector needs to be conversant with. The initiatives fall under the banners of:

These projects will influence the nature and introduce a new multimodal mix for logistics and transport in the trade between China and the West. It has already created two markets, namely Europe trade through Poland and Eastern Europe. Logistics providers are already claiming significant changes in trade between China and Russia through Khorgos and other infrastructure, such that they have now introduced a number of offerings to clients, these include Truck and Truck, Truck and Rail, Rail and Air. The modelling optimises cargo in terms of weight, dimensions etc. For example FOB shipping by seafreight of project cargo to sites in Russia is 40-45 days as compared to new door-to-door delivery via Khorgos of 30 days. This is something that they would never have considered possible two years ago.

This article will highlight where some issues intersect and how the BRI is likely to have an influence, it does not seek to give answers, but merely to open the conversation.

Environmental – ECA regulations come into force in 2020, requiring costly decisions around scrubbers, compliance, LNG and use of Gasoil. Shippings initial response has been to slow steaming speeds to 6knots. This translates to longer and less frequent delivery times at a time when rail is offering the opposite, and with a lower carbon footprint. Already in Eastern Europe we see regular routes and scheduled trains such that suppliers are finding it difficult to find slots for cargo on a freight train.

Oil / Gas shipping – one of the strategic objectives driving the BRI is energy security, and this is often translated into ‘bypassing the Malacca Straits’ by having convenient access to the Indian Ocean. However, Myanmar will play an important role through Rhakine’s Kyauk Phyu. It was only this past week that the China-Myanmar trade corridor was formally announced – some see this as a withdrawal from the original BCIM corridor (Bangladesh, China, India and Myanmar) as tensions between India and China emerge. The corridor links the deepwater port of Kyauk Phyu with the CNPC refinery at Anning in China’s Yunnan Province. The $4.27bn refinery facility can handle 13m tonnes of crude oil and importantly has a pipeline that can deliver 22m metric tonnes of oil and a parallel gas pipeline that can deliver 13.5bn cu ft of natural gas per year. Optimal feed to the pipeline is the use of suezmax sized vessels from the Middle East with the added advantage of bypassing the Malacca Straits and a reduced journey distance of 1200 nautical miles. With new rail and road running adjacent to the pipeline, will this impact on product tanker shipping as well?

Inland dry ports, such as Khorgos, Iran and Chongqing have addressed issues of bonded product and warehousing reducing cross border clearances for product leaving China. These will act as transhipment hubs fed by block trains to receive product then to split into secondary lines. The ambition is to get train freight times from the current 15 days from China to London, to six days within the next two years. What does this mean for shipowners and managers?

Port developments – a system of maritime ports have been set up around key markets for China. Not only do they circumvent the likes of Singapore they are also pioneering automation. And before shipowners say that automation will never happen, they should visit Qingdao’s new automated container terminal that operates 24/7 with only 9 employees. The objective of the BRI port infrastructure development is to marry automated ports with automated vessels through the use of AI.

There is much more that came out of my recent trip, too much to fit into this piece. The maritime sector leadership needs to contemplate and reflect on what has happened in their lifetimes. I recall growing up in a time that had no internet, computers, mobile phones, TV nor would we believe that not only could you get man to the Moon, but you could fly to the Moon and back. Things are changing exponentially, and unless you are thinking of leaving this Earth at an early age, things are likely to happen on your watch.