The late reporting of orders to qualify ships as IMO Tier II compliant fails to mask a continued fall in 2019 contracting, writes Will Fray from Maritime Strategies International.

In its recent reports MSI has explored the conundrum of ‘phantom Tier-II’ orders; as recently as this year, new orders have ‘apparated’ (or magically appeared) on fleet databases with nominal contract dates reported as being in Q4 2015, in order to qualify as exempt from Tier III Marpol restrictions on NOx emissions for vessels calling in the North American Emission Control Area (ECA).

According to IMO conventions, the minimum requirement to meet the “keel laid” status is ‘construction identifiable with a specific ship has commenced with at least 50 tonnes or 1% of the estimated mass of all structural material, whichever is less’.

The low capex to meet these requirements encouraged many yards in China and Japan to set aside keels against ‘placeholder’ owners in the last quarter of 2015. These keels only emerged on fleet databases as genuine orders once a valid party took ownership, technically a resale rather than a new order.

The late reporting of orders in itself is not a new phenomenon nor unique to dry bulk. Often fleet databases will only record a new order weeks, or in some cases months, following the signing of the contract. Delays of over a year between the nominal contract date and the date of reporting are rare. However, from analysis of the orderbook, we note that a large number of orders with Q4 2015 nominal contract date were recorded over 15 months later. Fifteen months coincides with a period for stronger dry bulk market confidence from mid-2017 – conceivably, this is a period where owners started to take on the ‘placeholder’ contracts with original contract dates (and importantly, keel-laying dates) in Q4 2015, following which the contracts were initially reported, and this is a practice which continues to today. 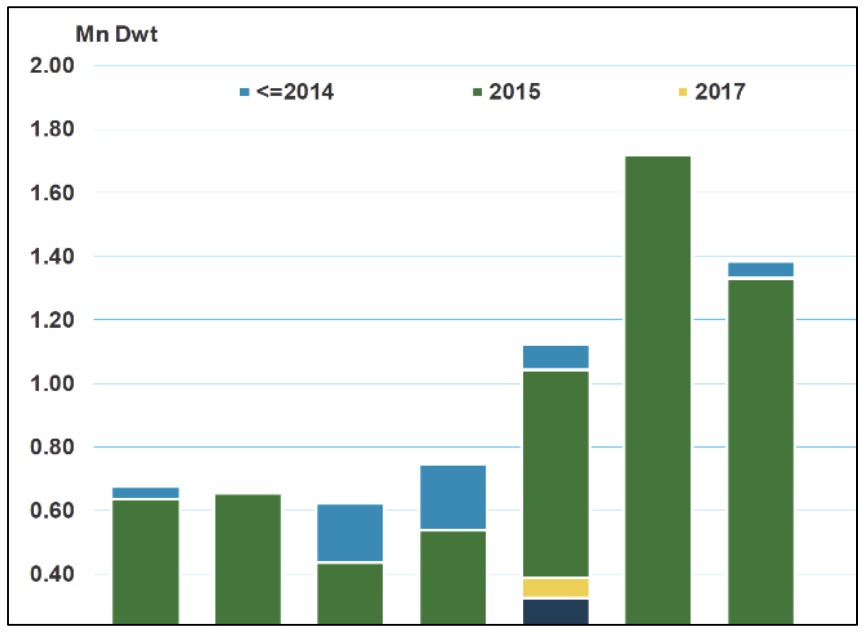 Chart 1 (3G) puts into context the extent of ‘ultra-late’ contracts during 2019, i.e. the date when an order is first recorded is more than 15 months later than the nominal contract date and highlights the dominance of the contracts nominally placed in 2015. The horizontal axis shows the month of entry (i.e. recorded date) for the new order into IHS Markit’s fleet database this year, and the different colours indicate the reported (nominal) contract year.

A total of 72 contracts have been entered into the database this year with a contract date in 2015, augmenting the orderbook by an additional 6.8 Mn Dwt. This compares to 11.7 Mn Dwt of ‘genuine’ 2019 contracts. This administrative feature of fleet databases presents a problem when modelling dry bulk supply. On the one hand, analysing contracting responses to the charter market is important to drive our forecast, and on the other, the contract date is an input into our estimates for slippage and cancellation when forecasting deliveries.

In this update MSI has adjusted our historical fleet data in our data platform MSI Horizon to account for this issue. It is impractical to estimate a genuine contract date for every vessel, and we have used a rule of thumb specifically to address the problem presented by Q4 2015 ‘phantom’ orders. For all contracts from 2016, if the reporting delay is 15 months or longer, we take the date of database entry as the date of contract rather than the nominal contract date. We will continue to monitor the situation, aiming to revert to the nominal date of contract for all contracts once this particular issue has run its course.

When will phantom orders end?

It is difficult to pin point when we when might stop seeing the emergence of orders reported as being contracted in Q4 2015. There have been rumours to suggest Chinese shipbuilders will be required under domestic regulation to comply with Tier III regulations for all ships constructed from a certain date in future (2020 and 2021 have been suggested), but MSI is yet to see reliable evidence.

The next milestone in the official IMO Tier-III regulation will be in January 2021, as vessels constructed after this date will need to comply with Tier-III rules in order to operate within the European ECA, in addition to the North American ECA.

This is unlikely to bring about the end of phantom Q4 2015 orders appearing on the database, however, which is more likely to happen when the last of the keels currently laid aside for placeholder owners are sold on. The number of these keels still available is unknown. 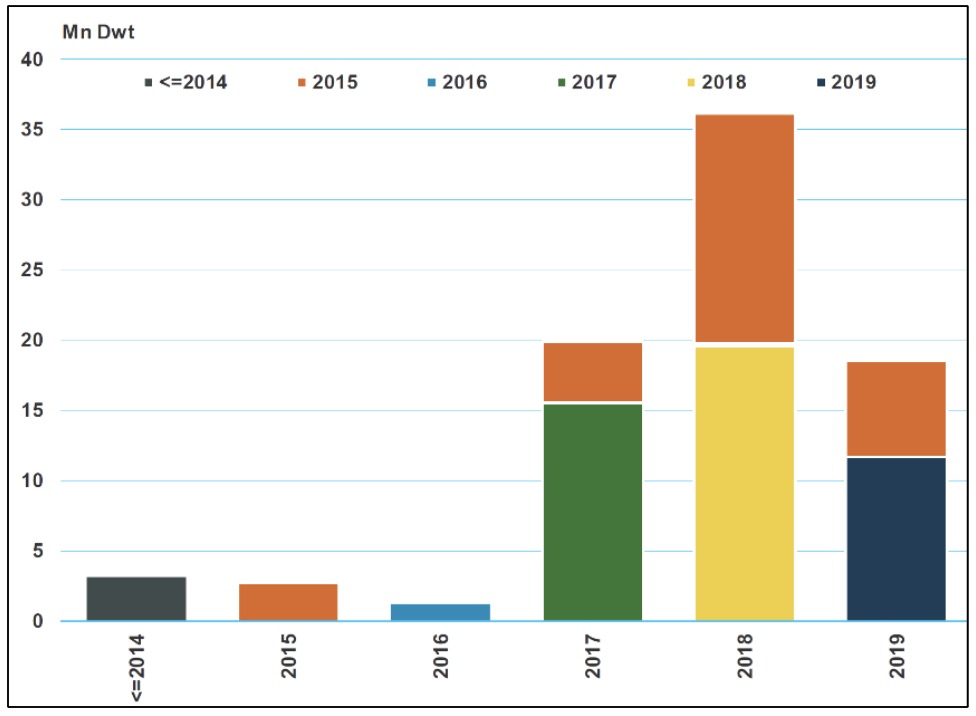 Containership orderbook equivalent to the extent fleets of Cosco, Hapag-Lloyd and Evergreen

Containership orderbook equivalent to the extent fleets of Cosco, Hapag-Lloyd and Evergreen