The ships – flagged in Norway, the UAE, and Saudi Arabia – were all holed in their sterns below the waterline on May 12. The official report to the UN Security Council declined to name who was behind the sabotage, merely stating it was a “state actor”. The United States has repeatedly said Iran is to blame for the attacks, which have seen ship insurance premiums in the area leap in recent weeks.

The three countries – Norway, the UAE, and Saudi Arabia – said yesterday the attacks required expert navigation of fast boats and trained divers who likely placed magnetic naval mines under the waterline on the vessels with a high degree of precision .

“While investigations are still ongoing, these facts are strong indications that the four attacks were part of a sophisticated and coordinated operation carried out by an actor with significant operational capacity, most likely a state actor,” the three countries stated. 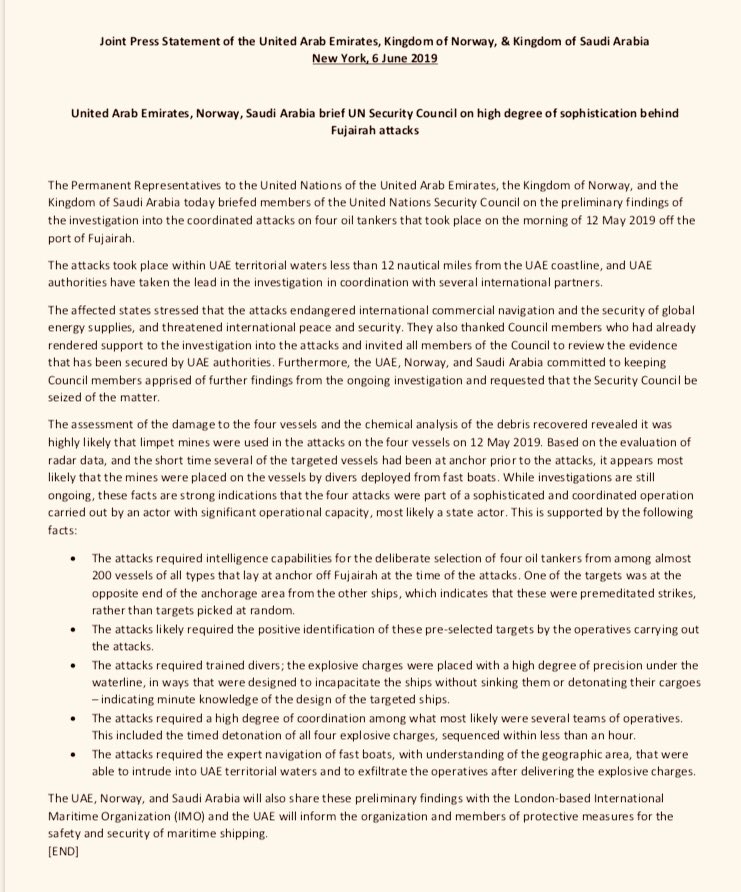