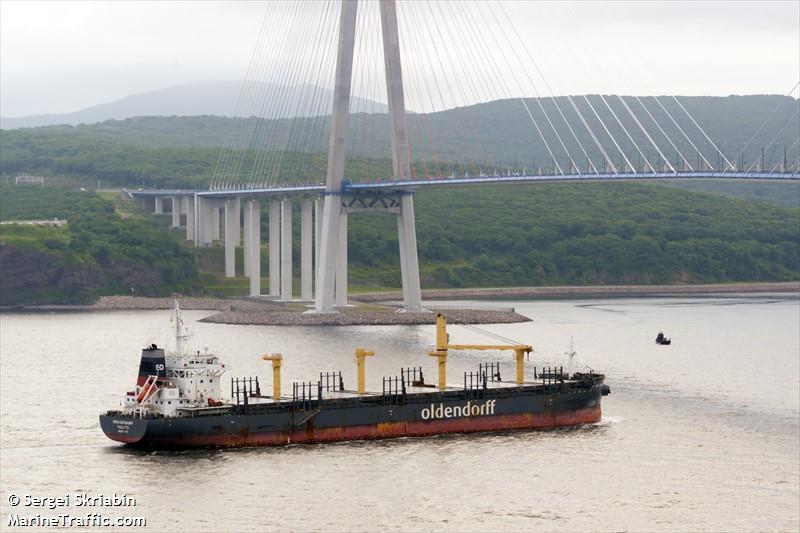 The incident happened while the 38,330 dwt vessel was sailing from Shimonoseki to Etajima.

The collision damaged a water supply pipe under the bridge, and the local government is providing emergency drinking water to residents in the region.

According to Oldendorff, there were no injuries or pollution from the accident.

“Regardless of the full details of the cause of the incident Oldendorff Carriers would like to apologise for the disruption caused to anyone as a result of the unfortunate events. There is currently an investigation by the Japanese Coast Guard to which Oldendorff Carriers is offering its full cooperation,” the company said.

Local media reported that the Japanese Coast Guard is to question the captain and the crew of the ship, and the captain is suspected of negligence.