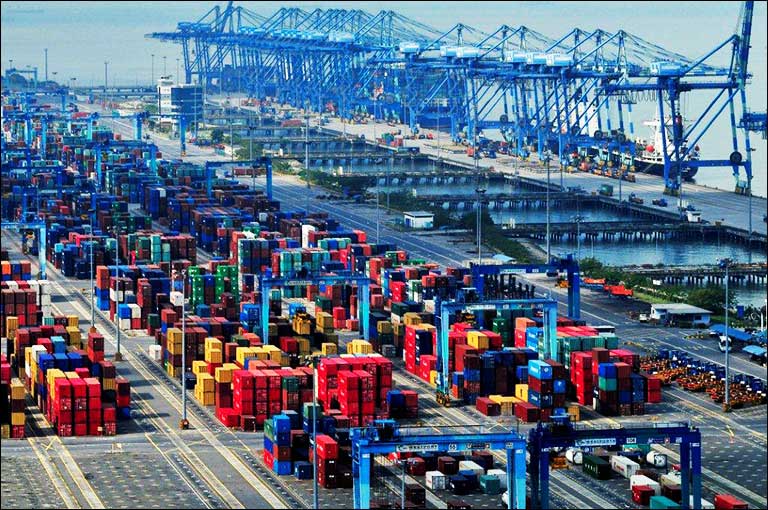 There has been much commentary surrounding the development, conception, and now the roll out of the New Silk Road (One Belt, One Road) by China. The initial emphasis on whether it will happen and the commercial viability of such an audacious plan, has been replaced by a more pragmatic discussion as witnessed by the recent summit hosted by Chinese president Xi Jinping in Beijing.

In my view, the scope of the New Silk Road extends beyond simply building infrastructure. It is a logistics and transportation network that focuses on those regions promising high economic growth with strategic resources, such as iron, concrete and gas that also links manufacturing with key markets. It connects East and West as well as joining Asia with Southeast Asia – a market with a population of more than 600m people.

It is no secret that China is looking for a sustainable West Coast maritime solution that bypasses the risks associated with trade passing through the Malacca Straits, a narrow choke point that places China’s energy security at the mercy of embargos and piracy. The Malacca Straits also presents a geo-political dilemma with the dominant role played by Singapore as a ‘control point’ that is seen as key military ally of the US, Japan and Taiwan. This arrangement has enabled Singapore to establish itself as an important hub in terms of finance, logistics, and marine logistics. This was made possible by, what is believed to be, favourable US trade treatment and funding by ensuring a base load of ongoing maritime trade. Singapore’s strategic location meant it could capitalise on available funds for infrastructure development, giving them a competitive advantage over the likes of Malaysia, Indonesia, and Thailand.

But this has all changed. The recent summit in Beijing confirmed that the various financial instruments created by China, has committed funds in excess of $140bn to infrastructure in the region. It is material to note that whilst much of the public focus has been on the spend on inland rail / road build, a significant amount has been devoted to maritime port development. This is changing the face of shipping / maritime as well as diminishing Singapore’s key position. In a sense, as is a cornerstone philosophy of OBOR of returning Chinese pride. It is also an acceptable argument that it is a redressing of the choice of Singapore as a maritime center out of political expediency by the British and Thai governments in 1897.

With 80% of China’s oil /gas supplies as well as 15m to 16m barrels per annum passing through the Malacca Straits one can understand the desire to circumvent the strategic chokepoint presented by the Malacca Straits. The following developments suggest that there has been progress in addressing this with the concomitant changing of the shipping footprint in and around the Malaysian peninsular.

Whilst the Kra Canal has been a debate spanning 400 years, it is now back on the table. In January 2017, the new King of Thailand appointed his own privy council. Despite the public pronouncement by the Thai PM that the Kra Canal was not on his government agenda, an open letter by former PM Tanin, a staunch supporter of the Kra Canal and privy council member, to the government calling for the construction of the canal. This is seen by some observers as Thailand’s attempt to lock in Chinese commitment to fund its construction. It is worthwhile noting that China has funded the recent feasibility study to evaluate the best location and most cost effective passage of the canal.

The completion and operation of oil and gas pipelines from Kyauk Phyu (Myanmar) in the Bay of Bengal into Yunnan province now offers China a secure energy supply via Myanmar into China. Not only is this more cost effective, it also means China deals with one country unlike other pipelines that pass through multiple jurisdictions.

China / Singapore political relations are deteriorating. Despite the two countries signing an MOU at the Beijing summit, recent developments suggest that Singapore will take on a junior role. Notably, PM Lee was not invited to attend the OBOR Summit, joint naval / military operations between Singapore and India attracting condemnation and a call from the Chinese military to the CPC to take stronger action against Singapore.

In conclusion, OBOR is strategically addressing the infrastructure deficit currently experienced in Southeast Asia. Capital and technology investment into the necessary ports and transport routes will better facilitate trade across the region. The strategic interests of China securing its energy future, has changed the maritime routes as well as enabling development in China’s western rural areas by improving their connectivity to international markets. Whether by design or as an unintended consequence, Singapore is losing its dominance in maritime trade routes.