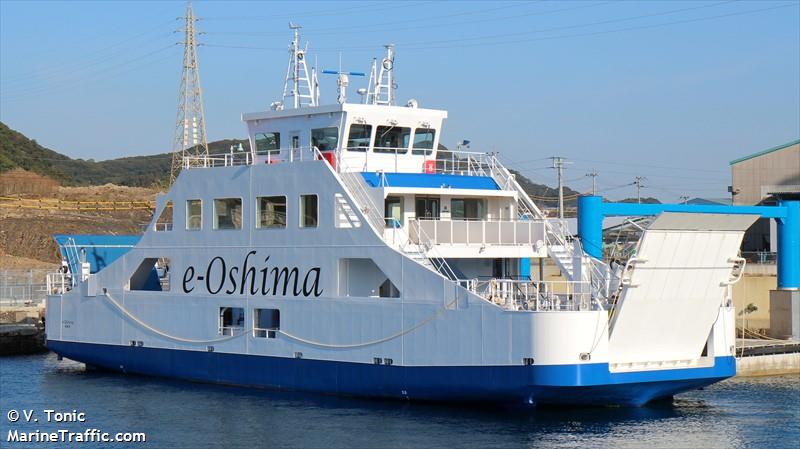 , uses a storage battery not only to provide propulsion but also supply power to communication, navigation and wireless devices, lighting equipment, air-conditioning systems and all the other devices used at the time of sailing.

The propulsion system of the ship uses Japan’s GS Yuasa large-capacity lithium-ion storage battery as a main power-supply device. The vessel can be charged in around two and a half hours.

The maximum capacity of the 35 m long ship is 50 people, and it can carry a large-size bus and four passenger cars at the same time.

GS Yuasa lithium-ion batteries have been installed in numerous high-profile projects including the International Space Station and the Boeing 787 Dreamliner.

The Color Hybrid joins Color Line’s fleet with a hull championing its green credentials. The vessel is a plug-in hybrid, where the five-megawatt batteries can be charged with shore power in Sandefjord in Norway. The vessel will go silently in and out of the fjord of Sandefjord without emissions of harmful environmental gases, or nitrogen and sulfur compounds to air in the area. The battery pack weighs 65 tons and can be recharged in one hour.