Among his many passions, Pablo Rodas-Martini is a mean player at chess. This tactical, often attritional, way of thinking and planning came in handy when he decided to publish his first book. IMO 2020: A Regulatory Tsunami, published earlier this month, provides readers with the big picture on shipping’s greatest change of the century so far, but, as is the way of chess master, it sets the scene for the challenges that will follow.

Rodas-Martini’s diverse career saw him start out as the private secretary to the president of Guatamala in the late 1980s. He then has spent most of his career as a mainstream economist, picking up a Ph.D. from the University of London along the way.

While working for the Central American Bank for Economic Integration he got involved with mechanisms linked with the Kyoto Protocol, the precedent of the Paris Agreement on climate change. Since then his economic focus has centred around world trade and climate change, something that has clearly engendered a fervour.

“If you ask me about the typical issues a mainstream economist deals with such as the study of fiscal deficits, interest rates or exchange rates,” Rodas-Martini tells Maritime CEO, “I find now those topics incredibly arid and frankly even boring because how could you compare those topics with the fantastic issues that are taking place in the maritime discipline: the dream to build the zero-emission vessel of the future, the discussion about the pros and cons of navigating through the Arctic waters, the numerous innovations that come from the minds of naval architects or marine engineers to make more efficient the ships such as air lubrication, hard sails of Flettner rotors.”

Ever the chess master, Rodas-Martini says, “IMO 2020 is just a battle while the decarbonisation of the shipping industry is the war.” Further books may well focus on shipping’s green war. The sulphur cap, by contrast, was a great opening for the aspiring author; more black and white in terms of objectives and outcomes than the 2050 goals set out by IMO.

“A great advantage of analysing IMO 2020 was that it was the fight against only one gas, sulphur, to be attacked by two weapons – compliant fuels or scrubbers, and with one clear objective, to reduce morbidity and premature deaths,” Rodas-Martini explains.

What Rodas-Martini has achieved with his IMO 2020 tome is to make such a dry, technical topic readable, putting this rule change into sharp perspective. The sulphur cap, he argues, is the start of shipping’s third revolution, something that will only reach check mate when all ships trading are zero emission vessels.

“I have tried to tell IMO 2020 as a fast-paced story with great characters, and full of exciting sub-plots and narrative hooks,” Rodas-Martini says.

Splash readers can buy the book via this Amazon link. 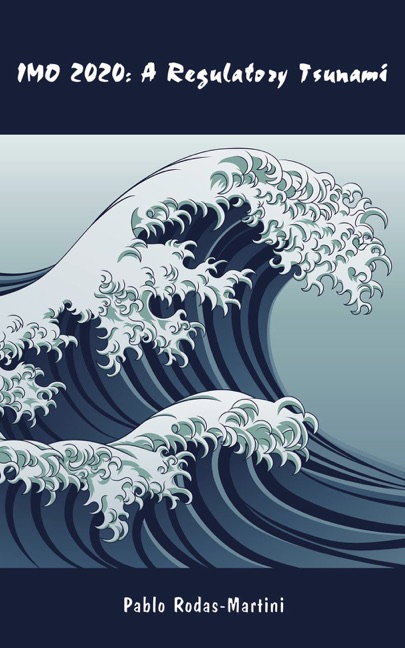