The Philippines yesterday celebrated another step towards the elite of shipbuilding with the delivery of its first 20,000 teu class boxship. 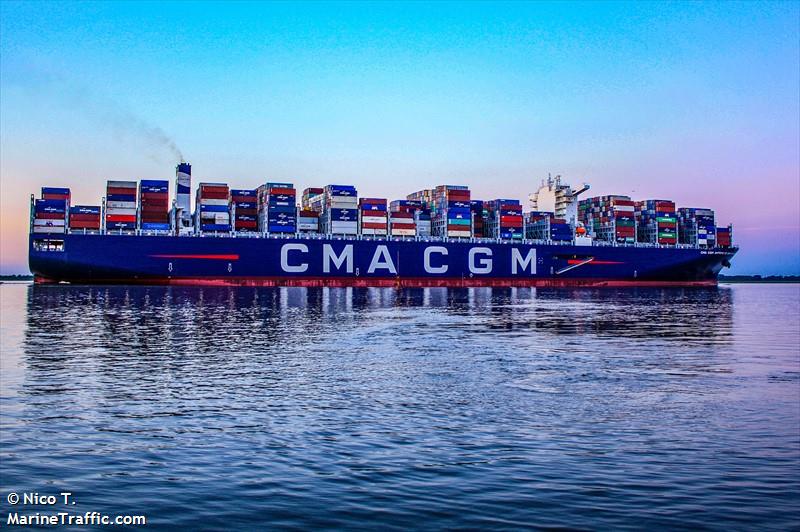 was built at Hanjin Heavy Industries and Construction’s yard in Subic Bay in the north of the Philippines (HHIC-Phil) and is the largest ship ever built in the archipelago.

The CMA CGM Antoine de Saint Exupery is the first of three 20,600 teu boxships that HHIC-Phil is building for France’s leading liner group.

In attendance for the ship ceremony yesterday was former Philippine president Gloria Macapagal-Arroyo, under whose administration the Hanjin shipyard was launched just over a decade ago.

An official from Subic Bay read a speech from current president Rodrigo Duterte who said: “I expect HHIC-Phil to remain a pillar and partner in the growth of the Philippine maritime industry, especially now that our country is experiencing robust economic growth.”

Last year HHIC-Phil delivered its first VLCC. It also has LPG vessels on its orderbooks. In terms of area size, HHIC-Phil is among the very largest shipyards in the world. Its parent, Hanjin Heavy in Busan, South Korea, took the decision to expand overseas 12 years ago as its own facilities were too cramped at a time where ship sizes were growing rapidly. Other notable shipbuilders in the Philippines are Tsuneishi and Keppel cementing the republic’s position as the world’s fourth largest shipbuilding nation.