A Hong Kong-flagged handy product tanker at anchorage in Fujairah was boarded by armed men yesterday and told to head to Iran, a flare-up of tensions in the Strait of Hormuz not seen for a number of months.

Security consultants Ambrey report that four skiffs carrying armed personnel came alongside the ship moored in the vicinity of Fujairah Outer Anchorage and ordered the crew to lower a ladder, then embarked.

Prior to the incident, the handysize tanker had been displaying on AIS that it was destined for Al Jubail, Saudi Arabia. However, this destination was then changed to Iran. The vessel then moved within three nautical miles of the port of Kooh Mobarak, Iran. 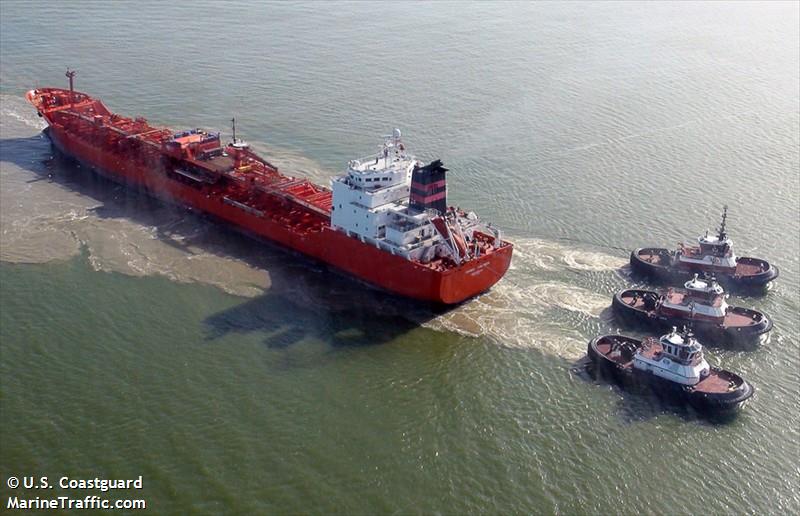 , owned by China’s SC Shipping, with 22 Chinese crew onboard.

SC Shipping is part of the Junzheng Group, who bought out Sinochem’s chemical tanker fleet last year. Last month Junzheng was sanctioned by the US for buying Iranian oil and then switched to buy far more Saudi oil.

After a number of hours the Junzheng ship, which is in ballast, was released by Iranian forces and returned to Fujairah.

“[T]he resumption of vessel detentions sends a signal to the US that Iran still continues to object to sanctions, as well as signalling to Saudi Arabia, a key ally of the US in the region, that Iran is willing to take action to address the global oversupply of the oil market and will not sit idly by,” Dryad Global noted in an update to clients.

Iran was behind a number of tanker captures last year and was also accused of setting off explosives on other tankers passing through the Strait of Hormuz, one of the key tanker arteries in the world.

In the wake of yesterday’s attack, the UK Maritime Trade Operations (UKMTO) has warned: “All vessels in the vicinity are to stay vigilant.”

UPDATE: CREW IS REPORTED TO BE RELEASED AND SAFE. TANKER APPEARS TO BE UNDERWAY TO ORIGINAL DESTINATION, JUBAIL, SAUDI ARABIA. VIA @GlobalDryad #OOTT @MarineTraffic pic.twitter.com/7m8cR3nLEQ