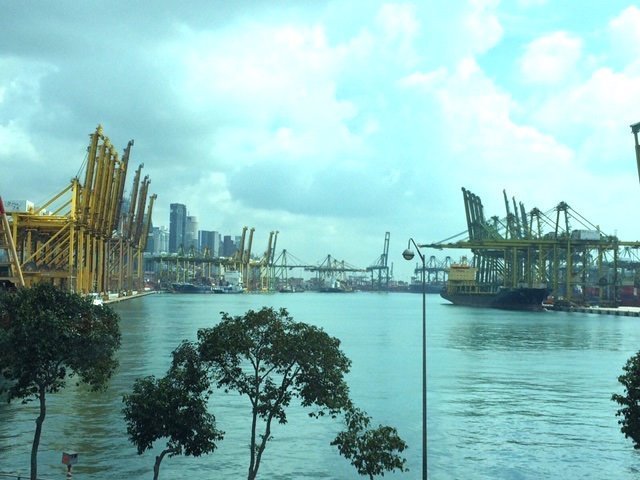 Singapore is moving ahead with developing a futuristic port. Terminal operator PSA Singapore has bought 22 new automated guided vehicles (AGVs) for its container terminals, bringing the fleet to 30 units.

Operating 24/7, the AGVs will be used to transport containers between the quayside and the container yard completely without human drivers. Delivery is expected in the second quarter of 2017, and the new units will join the existing eight hybrid-powered AGVs operating at Pasir Panjang Terminal.

PSA is in the midst of building an automated port in Tuas to the west of the republic.

Ong Kim Pong, regional CEO Southeast Asia at PSA International, said, “Investing in advanced port technologies remains a key element in PSA’s development of our terminals in Singapore to meet the challenges of growing consolidation and mega-alliances calling at our port. We look forward to seeing the results of the progress being made by our teams in preparing PSA for the consolidation of container operations at the future Tuas Terminal.”

Of the 22 new units, 18 are being delivered by Finland-based Cargotec CHS, two by France-based Gaussin Manugistique, and two by Japan-based Toyota Industries.

Permanent secretary for transport Pang Kin Keong, who is chairman of the committee for autonomous road transport in Singapore, commented in a statement last year on AGV use in the republic: “Autonomous truck platooning technology can enable us to make a quantum leap in productivity in the port sector, while addressing the shortage of drivers in the trucking industry and adding value to their jobs.”

In Tuas dredging is already underway for the new 65m teu port that could look like a futuristic multi-storey carpark when completed in 2030.

Planners have had to get creative because of land constraints in the republic. As a result Singapore is considering using a two-tiered container terminal in Tuas, Maritime & Port Authority (MPA) of Singapore’s CEO Andrew Tan has said.

Deploying drones to drive productivity is also being researched at the moment while automated cranes are likely to feature in Tuas with the whole port operation making far greater use of predictive analysis. MPA has teamed up with IBM to look into how best to harness Big Data for port operations.

The first phase of the Tuas project, including 20 deepwater berths with a total annual capacity of 20m teu, should be operational in 2020.