The remarkably turbulent confluence of jittery shipping markets, tense geopolitics, encroaching environmental regulations and a slowing global economy saw recorded ship orders fall to their lowest level this decade in the second quarter according to data from VesselsValue.

The quarterly low was for both the number of units ordered as well as their combined value.

Looking at the first half orders, Olivia Watkins, an analyst at VesselsValue noted the total number of bulker newbuild orders is down 73% compared to the same period in 2018 while tankers have dropped 47% year-on-year and boxship orders are down 49% and LNG carriers dropped by 39%. LPG carriers saw a similar decline to bulkers, down 73% in the first six months.

“Rising steel plate price and uncertainty about IMO 2020 has led to the lowest number of orders placed since 2011 across the shipping sector. New extras which are expensive to fit, such as scrubbers, remain unproven in the market and have caused scepticism,” Watkins told Splash today. 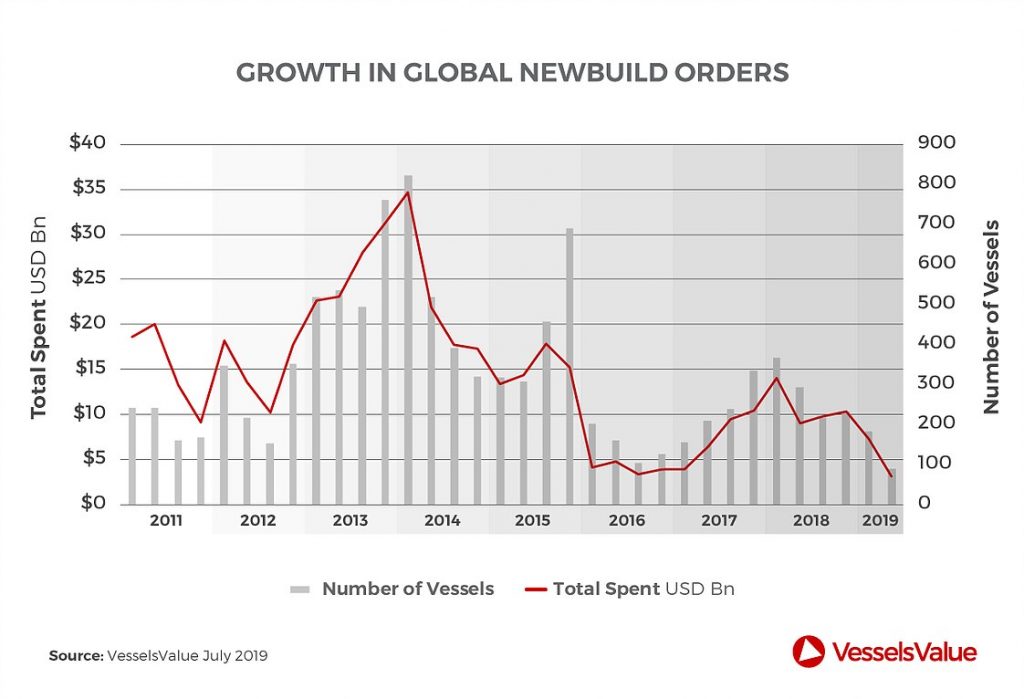