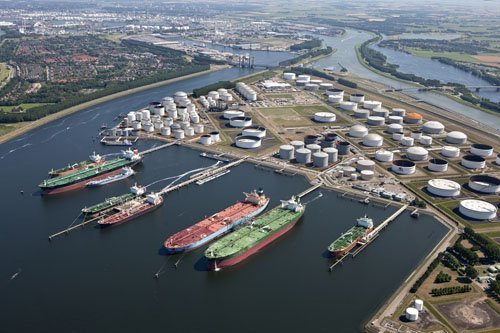 Investment advisor Evercore ISI says a repeal of America’s ban on crude exports is likely in early 2016 and should have a positive effect on tanker trades, although to what extent is difficult to guess.

“We remain of the view that energy policy reform legislation, including repeal of the US oil export ban, is 60% likely to become law by the end of the first quarter of 2016,” Terry Haines, Evercore ISI’s head of political analysis, senior political strategist and macro research analyst, said in a report today.

“The Obama Administration has expressed a view that the ban should change without yet addressing specifics, and also has taken many liberalizing actions, from condensate export approval to authorizing trade of Mexican heavy oil for US light crude and approving Shell to drill for oil and gas in Alaska’s Chukchi Sea. We think the form of repeal legislation is likely to combine repealing the ban with providing regulators the ability to set export targets: this is the only compromise that is likely to be workable from both public policy and bipartisan political perspectives.”

Evercore ISI believes that the most likely method used to repeal the current ban on US crude exports would be for Congress to set targets and employ regulators to set export levels and oversee compliance, which “is the standard way for Congress to solve policy problems”, the firm said.

“Obama and his regulators are likely to have a more positive view of an oil export ban repeal that empowered regulators generally to decide oil export levels,” Haines said. “That sort of repeal also would be attractive to congressional Republicans and Democrats that would see it as a compromise alternative that overturns the ban and is a significant step on the road to full unregulated repeal.”

Jonathan Chappell, Evercore’s senior managing director of marine transportation equities, said in a note that it would be difficult to estimate how many barrels of US crude would enter international markets to the benefit of tanker trades.

“There are also several other moving parts to consider (i.e. what US exports could mean to global oil prices and how that would impact both US and global production, whether or not US imports would rise or fall amid more open market exports, etc),” Chappell said today.

“However, we believe that at the very least the repeal of the US export ban would be a wild card that improves long-term sentiment in the group as there would likely be some level of additional volumes to be moved and more arbitrage opportunities globally could add to ton-miles.”