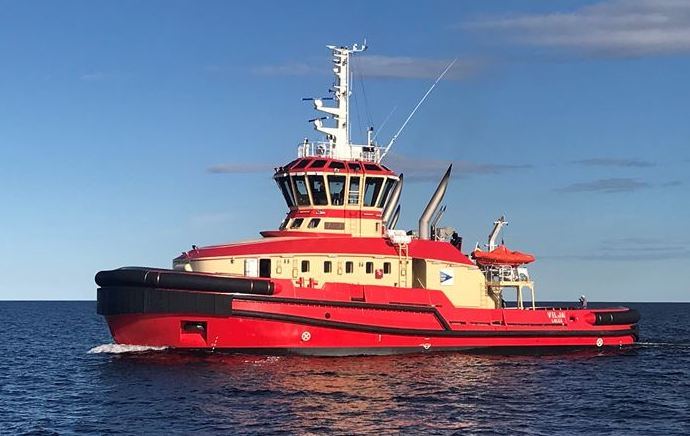 Hailing a new era in shipping, Finnish technology group Wärtsilä today unveiled the Vilja, a hybrid tug that can run with no emissions, no sound and no smoke.

The escort tug was commissioned by the Swedish port of Luleå and features Wärtsilä’s hybrid power module solution. The tug was built at Gondan Shipbuilders in Asturias, Spain and has just been delivered. The Wärtsilä HY is the first hybrid power module in the marine industry. It features operating characteristics that include ‘green mode’, with zero emissions and no noise, a ‘power boost’ that delivers a higher bollard pull than any other conventional solution of comparable size, and ‘smokeless operation’ whereby no smoke is produced even during start-up of the main engines.

“This vessel is the most powerful tug operating with hybrid propulsion and it can be considered as creating a benchmark in the new era of modern shipping,” commented Giulio Tirelli, director, sales and business intelligence, Wärtsilä Marine.

During trials, the icebreaking tug achieved a 100-tonne bollard pull, while producing approximately 20% fewer emissions than a comparable conventional vessel.