Rolls-Royce and Finnish state-owned ferry operator Finferries have today successfully demonstrated a fully autonomous ferry in the archipelago south of the city of Turku. 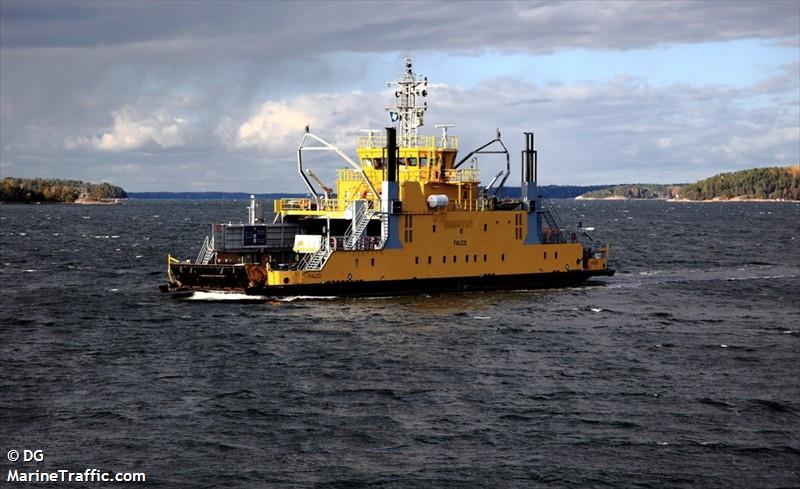 , used a combination of Rolls-Royce Ship Intelligence technologies to successfully navigate autonomously during its voyage between Parainen and Nauvo. The return journey was conducted under remote control.

During the demonstration, the Falco, with 80 invited VIP guests aboard including Splash personnel, conducted the voyage under fully autonomous control. The vessel detected objects utilising sensor fusion and artificial intelligence and conducted collision avoidance. It also demonstrated automatic berthing with a recently developed autonomous navigation system. All this was achieved without any human intervention from the crew.

The Falco is equipped with a range of advanced sensors which allows it to build a detailed picture of its surroundings, in real time and with a level of accuracy beyond that of the human eye. The situational awareness picture is created by fusing sensor data and it is relayed to Finferries’ remote operating centre on land, some 50 km away in Turku city centre.

During the autonomous operation tests in Turku archipelago, Rolls-Royce has so far clocked close to 400 hours of sea trials. The Rolls-Royce Autodocking system is among the technologies that has been successfully tested. This feature enables the vessel to automatically alter course and speed when approaching the quay and carry out automatic docking without human intervention. During the sea trials, the collision avoidance solution has also been tested in various conditions for several hours of operation.

Mikael Makinen, Rolls-Royce, president – commercial marine, said: “Today’s demonstration proves that the autonomous ship is not just a concept, but something that will transform shipping as we know it.”

The Falco is a 53.8 m double-ended car ferry, which entered service with Finferries in 1993. It is equipped with twin azimuth thrusters from Rolls-Royce.

Last week rival tech firm Wärtsilä completed a test procedures of its autonomous shipping system. In the presence of the Norwegian Maritime Authority (NMA), the system was tested on the Norwegian ferry Folgefonn with full dock-to-dock autonomous operation for the entire route, visiting all three ports serviced by the ship.