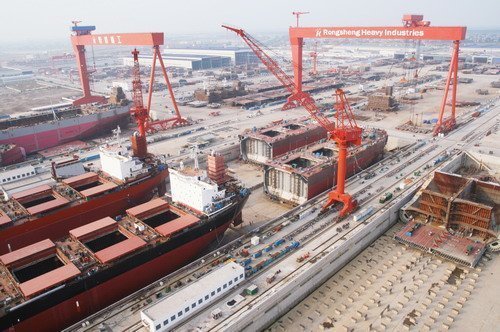 Shanghai: Hong Kong-listed Chinese shipyard Rongsheng Heavy Industries, which has officially changed its name to China Huarong Energy, has announced that it is in advanced talks with a listed company in China regarding the sale of the shipyard’s assets.

Rongsheng said the negotiations are currently under good progress and the group has already obtained letters of consent from various major creditor banks, according to which the major creditor banks have conditionally agreed to various matters in relation to the disposal of assets and liabilities of the yard.

RSHI announced in March that it had entered a memorandum of understanding with a potential buyer to sell its shipbuilding and offshore engineering businesses. The MOU will remain in effect until 30 June and is likely to be extended by the two parties.