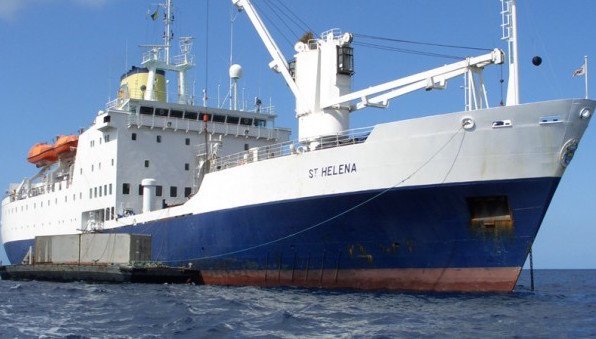 One of the most remote islands in the world – where Napolean was exiled two centuries ago – is losing its only regular maritime link with the outside world, prompting brokers to put a famous ship up for sale.

St Helena Line has announced it is to withdraw the passenger cargo Royal Mail Ship (RMS) St Helena from service in February next year and has appointed London shipbroker CW Kellock & Co to handle the ship’s sale.

Operated by St Helena Line on behalf of the St Helena government, the RMS has been part of the island’s history for over quarter of a century and provided the sole regular means of access to the island, a UK overseas territory located 1,200 miles off the west coast of Africa in the South Atlantic.

The RMS St Helena is one of only four ships left in the world which has the right to carry the Royal Mail Ship (RMS) prefix.

The RMS currently operates out of Cape Town calling at both St Helena and Ascension Islands on a regular schedule.

With the start of scheduled passenger flights to St Helena in eight days’ time providing the main passenger access to the island, the RMS St Helena will be withdrawn from service.

The RMS St Helena is now embarked on its final programmed voyages and in the coming weeks will make a farewell call to Tristan da Cunha and then a final voyage to both St Helena and Ascension Island. It is expected to finish its last voyage in Cape Town on February 15 next year.

“Her combined passenger accommodation and cargo design makes her well suited to a number of different trading options and we are confident that she can continue to play an important role elsewhere in the world,” Young said.