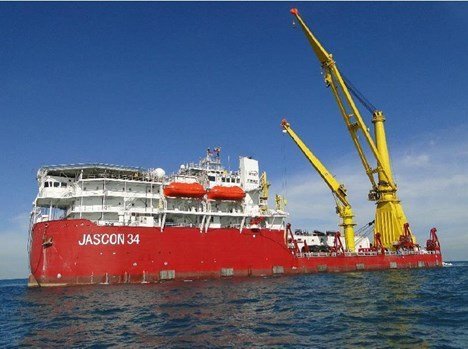 Dutch offshore engineering vessel operator Sea Trucks has announced that four of the company’s accommodation and construction vessels – Jascon 25, Jascon 28, Jascon 31 and Jascon 34 – have been transferred to an undisclosed new owner by bondholder appointed receivers as part of its restructuring process.

The company was placed into provisional liquidation by the High Court of Justice in the British Virgin Islands in May 2017.

The vessel sales deal have reduced the debt owed by Sea Trucks group under its secured bonds by $215m. After the completion of the deal, Sea Trucks continues to own 33 vessels in Nigeria.

According to Sea Trucks, the ongoing restructuring provides the liquidators with funding and the support of all key stakeholders to take the necessary steps to recover Sea Trucks owned vessels and resolve associated disputes, including pursuing recoveries in relation to wrongful acts committed by former directors and officers of Sea Trucks companies.

Following the restructuring, the liquidators will focus efforts on pursuing the repossession of the remaining Sea Trucks owned vessels located in Nigeria, most of which remain subject to pre-existing security which is not affected by the restructuring.