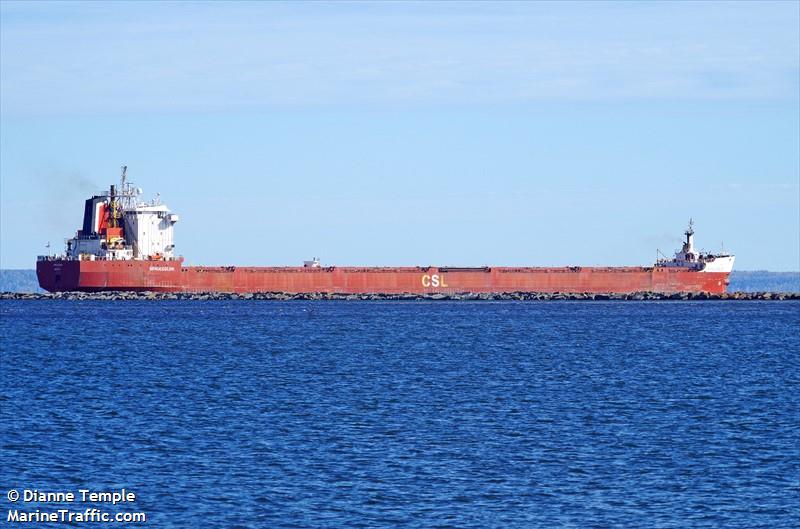 died after he fell off the ship into the St Lawrence Seaway on Tuesday.

According to local reports, the 57-year-old Canadian man lost his balance and fell into the water while he was tying the ship off prior to entering the Eisenhower Locks.

St Lawrence Seaway employees entered the water to rescue the man, who was sent to the Massena Memorial Hospital in New York state for emergency treatment. He was pronounced dead two hours later.

State police and the US Coast Guard are conducting investigations into the incident.