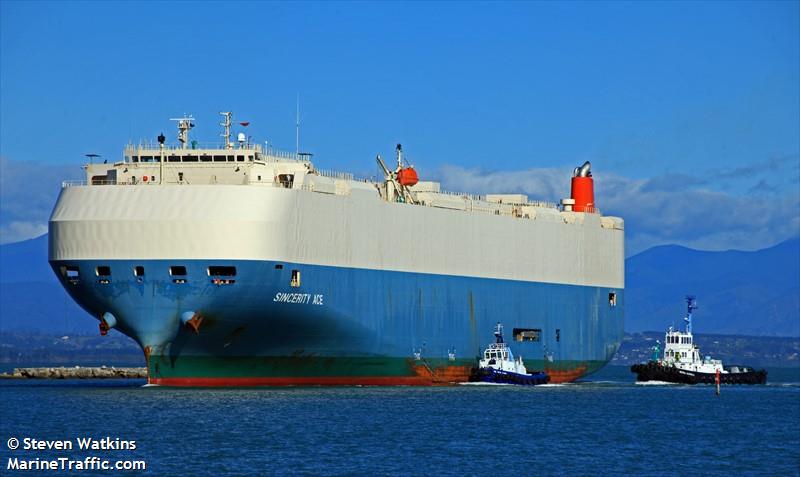 , which caught fire in the middle of the Pacific on Monday.

Following the incident, 16 of the 21 crew were rescued from four nearby merchant ships. Four crew were located in the water, but were unresponsive, while another one remains missing.

“Following the conclusion of morning and afternoon searches by our aircraft and commercial vessels we suspended the active search. This is always a difficult decision and takes many factors into account. We extend our condolences to the families and loved ones of the crewmembers affected by this tragedy,” said Dennis Vetrano, chief petty officer of Coast Guard Joint Rescue Coordination Center Honolulu.

According to the Coast Guard, the Navy, five merchant vessels and itself have conducted a total of 13 searches covering 5,544 nautical square miles over a span of three days.

In the meantime, Shoei Kisen Kaisha is coordinating with the merchant vessels for the transport of the surviving crew from their next ports of call.