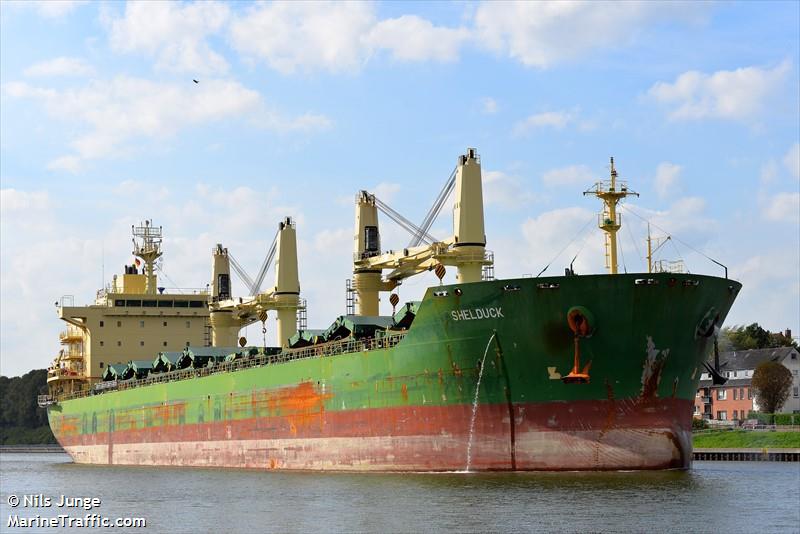 Little known Greek handysize oufit Bluefin Marine is linked to the ship. Bluefin Marine has one more ship in fleet list according to data from VesselsValue, who list the 23,000-dwt Bright Star (built 2011) behind the name. This ship was sold at auction in Jamaica in January 2018.