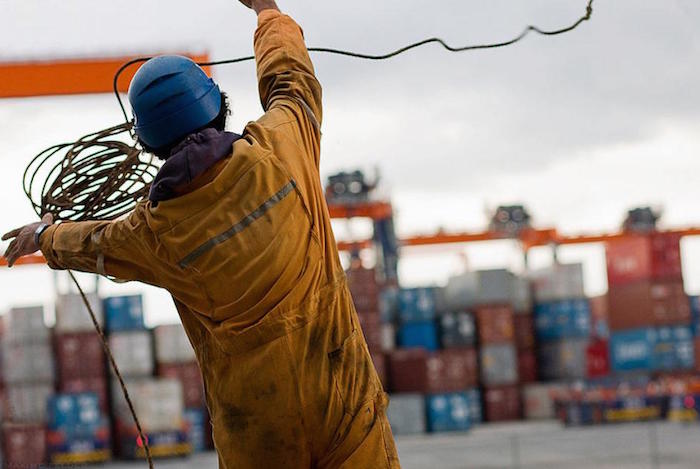 Four years on from MLC 2006 coming into effect Carolyn Graham, a PhD Student from the Seafarers’ International Research Centre at Cardiff University, questions whether life at sea is any better.

Shipping is a very high risk industry. There is enough evidence pointing to high rates of a number of work-related diseases and illnesses among seafarers as well as the customary slips, trips and falls leading to injuries and fatalities in many cases. Seafarers also die from major maritime casualties that we are well acquainted with. Combined with piracy, criminalisation and risks inherent to working at sea (i.e. mother nature), seafaring tops the list of work that kills.

It’s soon to be four years since the Maritime Labour Convention (MLC) 2006 came into effect. As the seafarers’ ‘Bill of Rights’, it promised improved employment and working conditions for the global seafaring labour force. It may be early days yet to expect any real change to be reflected in accident statistics, but we can expect that systems be in place as ships ought to be issued with the relevant documentation testifying that they are in compliance. However, there seems to be a gap in what is given attention. While there are established health and safety management strategies on ships, these are heavily focussed on safety and are heavily behaviour-based. Seafarers are expected to behave according to the company policy and apply the technical and procedural standards to prevent accidents and casualties. While these are important, a behaviour-based approach to safety management has long been proven inadequate. Attempting to manage individuals whilst leaving the structures unchanged is tantamount to the proverbial treating of the symptoms.

Relatedly, health, the other half of the dyad, is neglected. Apart from those health issues having direct bearing on operations, such as fatigue, health issues are given much less attention. Indeed, the history of the industry’s regulatory response to health and safety at sea is illustrative of where the balance swings. The reality is that technical standards are given more attention and are more readily regulated than labour standards. As such, much emphasis is placed on operational and work practices such as drills, wearing personal protective equipment, entering enclosed places, and so on. The importance of these safety practices cannot be overstated, but it should not be to the neglect of health issues.

The coming into effect of the MLC, and provisions for health and safety management listing a range of illnesses and health concerns that should be addressed, presumes that greater focus would be placed on seafarers’ health than was previously the case. It seems however that it’s business as usual.

Health concerns such as depression, stress and the potential for suicide, that have been discussed in the research literature as important areas for attention, do not make the maritime safety committee, despite the International Maritime Organization’s human element agenda. These are considered labour issues and remain the purview of the less influential International Labour Organization. As one seafarer categorically states when asked about health issues discussed in safety committee meetings:

“We don’t talk about that, it is up to the individual, these are not discussed on the ship. You have to take care of yourself. You are the best help for yourself.” (4th Engineer, March 2016).

This has been a recurring theme in my research. I don’t think it impossible to find a ship where these issues are discussed as part of company policy, but it would be the exception. So pervasive is the neglect of health that seafarers themselves have bought into the ‘healthy worker’ narrative.

Seafarers undertake extensive medicals before going to sea and so consider themselves healthy. A few seafarers said there was no need to discuss those things because they do medicals before joining a ship. These seafarers had no concept of work-related illnesses. The consequence is that self-medication is a common practice onboard for a number of reasons, not least to present a picture of health to secure the next contract.

Yet another Day of the Seafarer approaches. Will those in positions of power be brave enough to select the theme that really matters?