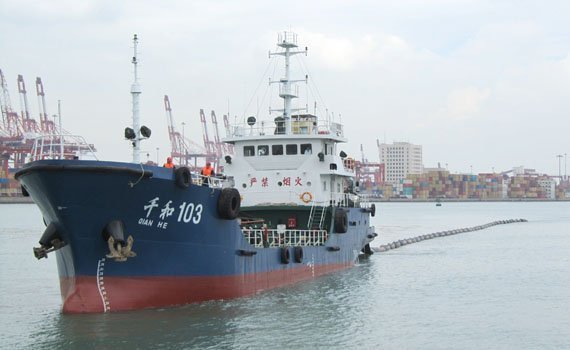 Shanghai: Shanghai Qianhe Shipping, a ship services company engaged in oil spill response, has been charged with smuggling oil after coming under investigation last week by China’s General Administration of Customs. It forms part of a nationwide crackdown on oil smuggling.

The company was caught receiving product oil from international ships during vessel sludge disposal works and selling the oil illegally in China since 2010.

According to the General Administration of Customs, the company has smuggled around 5,500 tons of product oil and made illegal profits of more than RMB50m ($8.05m) from the racket.

Authorities have detained four vessels, 260 tons of smuggled oil and have held 25 employees for questioning.

The General Administration of Customs recently started a sweep on oil smuggling activities. This month alone, customs has seized 440,000 tons of smuggled oil worth RMB2.2bn.

A shipping analyst told local media that the vessel sludge disposal market in China is not very healthy at the moment, the profit margins of the companies in the business are very low, which has made the companies seek profits from illegal areas.

“Almost everybody in the industry knows there are too many black trades in the sector, they just choose to ignore it,” the analyst said.