Seafarers continue to be unwitting victims in the near 50-day war between Russia and Ukraine with casualties increasing and insurers essentially voiding the area.

It has emerged that Russian forces fired on a Maltese-flagged general cargo ship, Apache 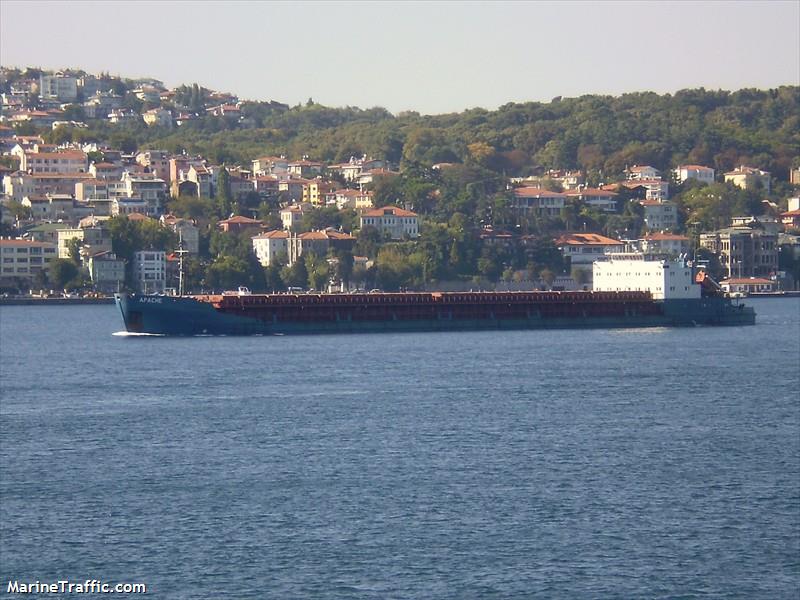 , last Thursday, which had changed course while in a convoy in the Sea of Azov, heading for the besieged port of Mariupol. The ship’s stern was hit by artillery fire, the vessel boarded and the ship and unharmed crew taken to the port of Yeysk. The 1991-built vessel is owned by Turkey’s Misha Shipping Agency & Trade.

Ukraine’s economic output will likely contract by 45.1% this year

A day prior, the Kapitan Belousov, an icebreaker belonging to the Mariupol Port Authority, was shelled with one crewmember killed and several injured.

Thus far 10 merchant ships have been struck by artillery or mines in the opening 47 days of the war with two seafarers confirmed dead. Further casualties are likely as many seafarers remain stranded in the war zone, while numerous shipping platforms show there are still hundreds of ships bound for waters in and around the war zone in the coming weeks.

In a joint letter to the heads of the United Nations High Commissioner for Refugees (UNHCR), International Committee of the Red Cross (ICRC) and Médecins Sans Frontières (MSF), ILO director-general, Guy Ryder and IMO secretary-general, Kitack Lim, outlined the plight of seafarers on more than 100 trading vessels who are unable to leave the ports of Ukraine and nearby waters. According to the IMO, as many as 1,000 seafarers are trapped.

“As well as the dangers arising from bombardment, many of the ships concerned now lack food, fuel, fresh water and other vital supplies. The situation of the seafarers from many countries is becoming increasingly untenable as a result, presenting grave risks to their health and well-being,” the letter states.

The letter asks the three agencies to “take urgent action” to assist in the reprovisioning of the ships concerned with the vital supplies needed by seafarers onboard.

With drifting mines reported in the area as well as a growing Russian naval presence, insurers are increasingly making transits economically unviable with Bloomberg reporting underwriters are now charging as much as 10% of the value of a ship’s hull in additional war-risk premiums.

Pressure mounts on big energy names to shun Russian commodities. Oleg Ustenko, economic adviser to Ukrainian president Volodymyr Zelensky, has written to Vitol, Trafigura, Glencore and Gunvor asking them to stop handling what he described as “blood money” while Reuters is reporting that even China’s state refiners – Sinopec, CNOOC, PetroChina and Sinochem – are refraining from new purchases of Russian oil fearful of western sanctions.

A report from the World Bank published yesterday warned Ukraine’s economic output will likely contract by 45.1% this year. With a blockade of Black Sea ports in the south of Ukraine and the havoc caused to industry in the east, the war-torn country’s GDP is projected to be cut nearly in half in 2022 the bank warned.