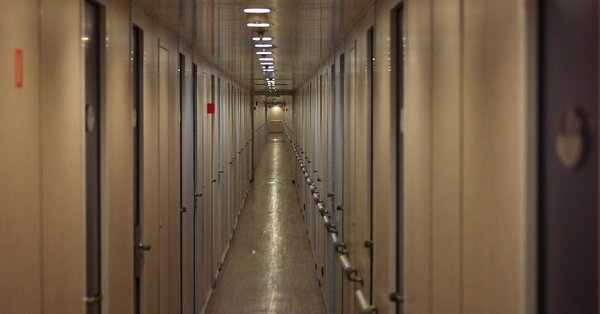 The quote above came from Singapore-based shipping consultant Giulio Gennaro and was on the back of a series of articles Splash has been featuring regarding accommodation blocks.

The debate started when we came across an article from the Mission To Seafarers, which suggested the sterile environment onboard ships nowadays makes hospitals look attractive by comparison.

Flooring, panelling, deck heads, furnishing, all have gone the way of “function over form”, the mission observed.

“We talk of mental health, or isolation and lack of social cohesion – but according to seafarers we are not providing living environments which help solve the issues, in fact many say they are part of the problem,” the article posited.

Occasional Splash contributor, Bei Hong, in an opinion piece from five years ago, compared conditions onboard to budget motorway hotels.

“These establishments offer small, utilitarian accommodation with no more than the absolute basics – somewhere to sleep but certainly not somewhere you would want to spend any more time than is absolutely necessary,” Hong wrote.

Peter Gartsjö from PG Marine got in touch with us and submitted two brilliant articles on simple – often inexpensive – changes to make life at sea more bearable, covering everything from the angle of beds to laundry machines and having more plants dotted around the place.

“The block is a giant computer-generated cubicle with ‘x’ rooms, beds, bathrooms, chairs, tables with zero understanding that humans shall live and work there,” Gartsjö wrote in an article that attracted plenty of response with many taking aim at spreadsheet-focused CFOs who have never spent a night onboard.

One reader pointed out how fatigue appears to be one of the major reasons for mishaps at sea. Fatigue, due to poor sleep is a major contributing factor, caused in no small part by the poor design of living quarters.

Will the situation improve? One naval architect pointed out that any changes will come down to two things: the owners being willing to pay more to have a higher specification for the crew and the authorities specifying minimum standards that are better than what we have today. Once again I fear it is the hidden nature of our industry that will make change difficult – so few of us have actually spent any time onboard to appreciate the sterility.

This article first appeared in the latest issue of Maritime CEO magazine, set for wide distribution across the upcoming Singapore Maritime Week. Splash readers can access the full magazine for free by clicking here.