Hard not to feel sorry for the shippers, whose cargo is stuck on the container vessels operated by Hanjin Shipping. That’s about $14 billion of products, including some carrying food products requiring controlled transport temperature.

By the time the ports, the terminals, bunker fuel providers, tug boat companies, dockworkers who work the ships, and just about anybody else with financial claims against Hanjin Shipping sort out ways to get all that cargo to their rightful owners, some of those goods will not be as valuable, and some will probably perish.

As a shipper, do you still remember floods in Thailand or explosion in Tianjin port? Well, the demise of Hanjin Shipping falls into the same category: not an end of the world, but disruptive nonetheless. The question begging an answer is this: as a shipper, have you been sufficiently prepared for unexpected disruption like this? Given the perilous state of many carriers and possibilities of more companies getting in trouble, have you taken any steps in preparation for another carrier going under or disappearing into the haze of merger or acquisition?

At a recent conference organized by the JOC in Hamburg, the participants were asked to vote Yes/No on a question: “Have you changed your carrier contracting policies as a result of Hanjin’s problems?”

Interestingly, about 60% of people voting answered “no”. That is probably right, as about 60% of companies present at the event contract cargo directly with the carrier(s) (and they were sure they didn’t contract with Hanjin), or with a friendly 3PL/freight forwarder, in which case they wouldn’t even know which carrier took the custody of their cargo. Ignorance might be bliss, but it is not healthy for your seafreight.

As a shipper, you need to understand a thing or two about shipping alliances and something called “slot sharing”. Most of the carriers of significant size operate within one of 3 global alliances in a very similar fashion to that of the airlines alliances and their “code sharing” arrangement. On a complicated journey, passenger’s ticket is issued by one carrier, but the plane they will be flying could be operated by another airline within the alliance or an outside carrier that has a bilateral agreement with the airline issuing the ticket. The same principle applies to ocean carriers. There are some independent carriers, which are not allied to any alliances, but still offer services to destinations that are not served by their vessels. They simply buy a set of container slots on the vessel of the carrier that serves particular Origin-Destination (OD) pair.

In 2016, ships flying flag of one carrier are not just carrying the cargo contracted with that particular carrier. The vessel is more akin to a hotel. As per explanation above, a service operated by single carrier could in fact be also sold as maybe 20 “code sharing” services of other carriers. Once your freight order is confirmed, the carrier uses network optimization software to make the final decision how they will ship it, so that their own margin contribution is maximized.

It means, that when your seafreight logistics department made the carrier allocation, inadvertently, they might have selected their contracted carrier while getting their containers on Hanjin’s vessels. If you think that your trusty freight forwarder or a 3PL was any wiser, be aware that you have not managed to outsource the risk the risk of misallocating freight, no matter what you think. The truth of the matter is, that freight forwarders might have as little understanding of carriers’ slot sharing as you do.

The freight forwarder and 3PL business models greatly depend on playing the arbitrage in the global market of prices offered by the carriers. And to play out that arbitrage to the advantage of their bottom lines, they use rudimentary tools like transportation systems to select the cheapest routing possible, as long as it meets your transit time and cost requirements. Some of them would not even have such system, instead relying solely on spreadsheets and paper based rating tables.

In my line of work, I always end up talking about computer-based solutions using mathematical optimization to achieve the best possible plan and to execute the best possible allocation. Unlike the case of transportation booking systems, planning optimization tools consider all possible conditions, rules and constraints. In addition to cost and transit times, optimization application would consider all risk factors affecting routing of the shipments. Using Hanjin as an example, whenever the best possible routing ended up selecting any of the Korean carriers for any part of the routing, the application would also consider risk factors (defined by the shipper or automatically derived from big data analysis) to automatically change the routing for the most urgent and time-sensitive goods.

Using computer-based optimization application for freight allocation is the best way for your company to avoid the “unpredictable” events Please notice, that I am not using the word “simulation”. Buying simulation software to optimize your day-to-day freight decisions is akin to buying yourself a set of Lego blocks to build a static model of a dynamic transportation network. The simple truth is that you need to have your own set of the freight planning and optimization tools, as only you know what your supply chains are doing and how to reroute them when the network of your preferred carrier begins to falter, or to leave it “as is” and present the seafreight manager with an alternative “second best” scenario.

So, would you be concerned about Hanjin ships getting arrested in ports or circling the blue oceans just outside of those ports? If you had the tools to do the optimal planning, you wouldn’t. But if you remained oblivious to how your supply network executes once you make your seafreight allocation, you might be facing some very unpleasant financial surprises very soon. 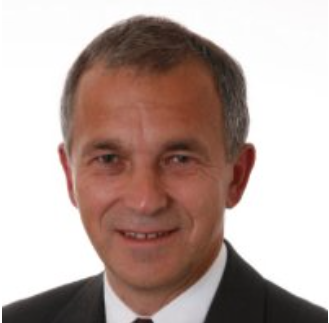 Kris Kosmala is the director of smart port operations and digital services for Royal HaskoningDHV.