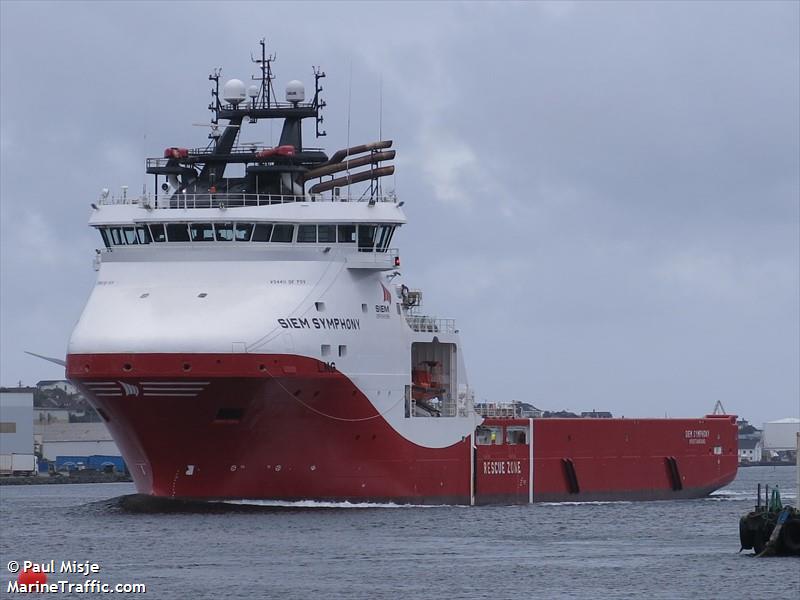 The contract will start in the second quarter of 2023 and is expected to keep the 5,500 dwt dual-fuel ship utilised for four to six months.

The Siem Symphony was the first ship in the company’s fleet fitted with a battery pack. The 2014-built PSV features a 565 kWh chargeable Corvus Orca Energy unit.

The Oslo-listed Siem Offshore has a fleet of 28 vessels, of which six are PSV. The company logged third-quarter average fleet utilisation of 93%, excluding three vessels in lay-up.