The first full crew change using a new protocol in Singapore has taken place over the weekend. 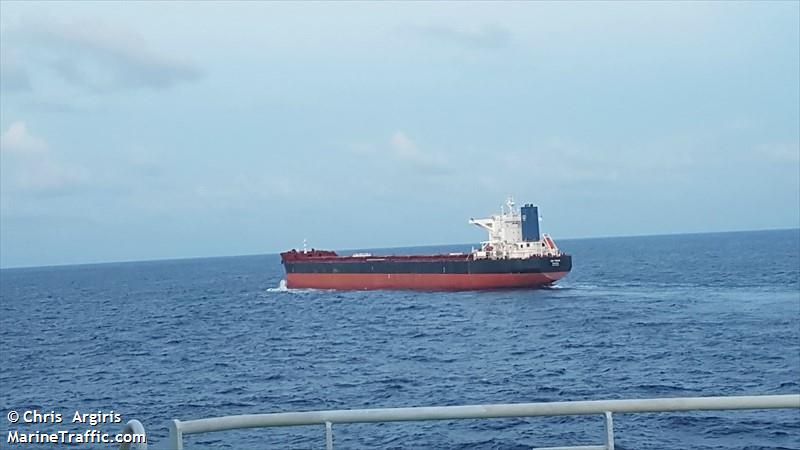 in Singapore on June 6 and will now return home via a chartered flight to Colombo and then on to India.

In the meantime, 18 seafarers made up of 14 Sri Lankans and 4 Indians arrived at Singapore from Sri Lanka via the same chartered flight and signed on the ship on the same day.

Captain Rajesh Unni, CEO of shipmanagement company Synergy Group, said the company has desperately been trying to conduct crew changes since the outbreak of Covid-19. The company founded an alliance of leading maritime companies in April to push for collective crew changes and most recently have been one of the participants in the Singapore Crew Change Working Group (SGCCWG).

“It is no accident that this latest success has been achieved in partnership with the Maritime and Port Authority of Singapore (MPA) and the Singapore government who have been endlessly supportive and proactive. By enabling a full complement of Sri Lanka and Indian seafarers to join and disembark this Genco Shipping & Trading bulk carrier, through this well planned and controlled changeover, they have shown the world that crew changeovers for seafarers of other nationalities are possible even during a pandemic,” said Unni.

The crew change was coordinated by Wilhelmsen Ships Agency.

“It is encouraging to see how regulators, industry bodies, customers and indeed competitors now coming together to address such a critical matter, the welfare of seafarers. As port agents, we are committed to supporting the industry in any way we can to get our seafarers home, and new crews redeployed safely and efficiently,” said Neal De Roche, executive vice president at Wilhelmsen Ships Agency.

Shipmanagers around the world are anxious to show employees how they are working hard to get crews repatriated. Splash reported on Friday on initiatives by the likes of Fleet Management and Anglo-Eastern. On Saturday, another Hong Kong manager, Wallem, detailed via Twitter how it was handling the crisis.

This is the number of crew we have managed to change since March 1st. It is an example of the sterling work our teams have done in most trying times.
Please continue to keep the faith and know that we are behind all our seafarers in trying to find a solution for everyone pic.twitter.com/ixNZRq1gzC